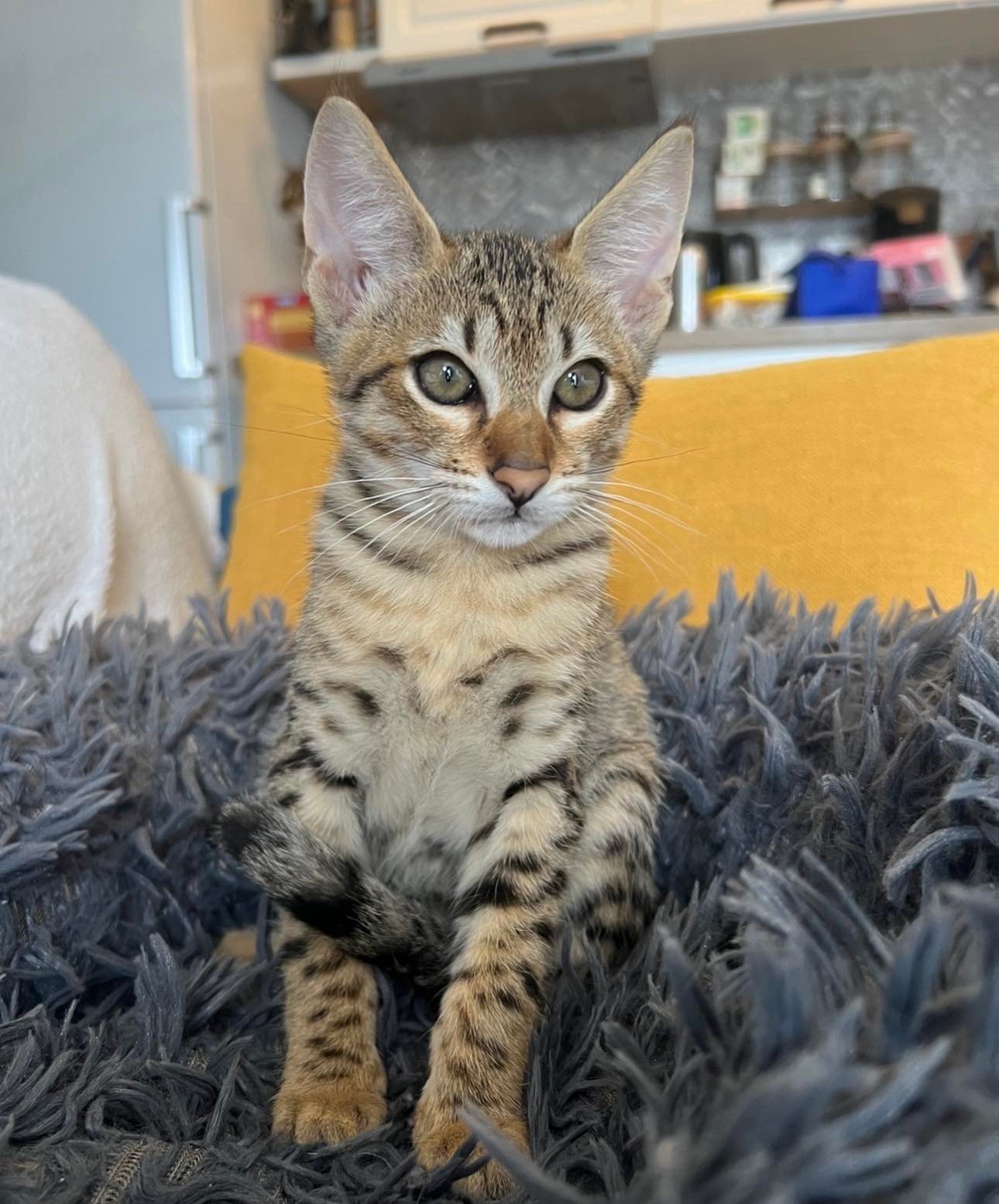 Savannah is the result of a cross between the serval, a small African nocturnal feline, twice as large as the domestic cat, and the Bengal cat. The first specimen of the breed was a female named Savannah, created in the United States on April 7, 1986 by breeder Judee Frank, who was looking to obtain a large domestic cat.
Interested in cats with a wild appearance and seduced by a female kitten from the very first Savannah in 1989, Patrick Kelly decided to create a breed. To this end, he tried to convince several breeders to try the cross, but only Joyce Sroufe gave him her support. It took them many years to define a standard that they finally presented in February 1996 to the Tica (The International Cats Association). The following year, the breeder presented the Savannah in a Westchester cat show and managed to obtain the first fertile males. 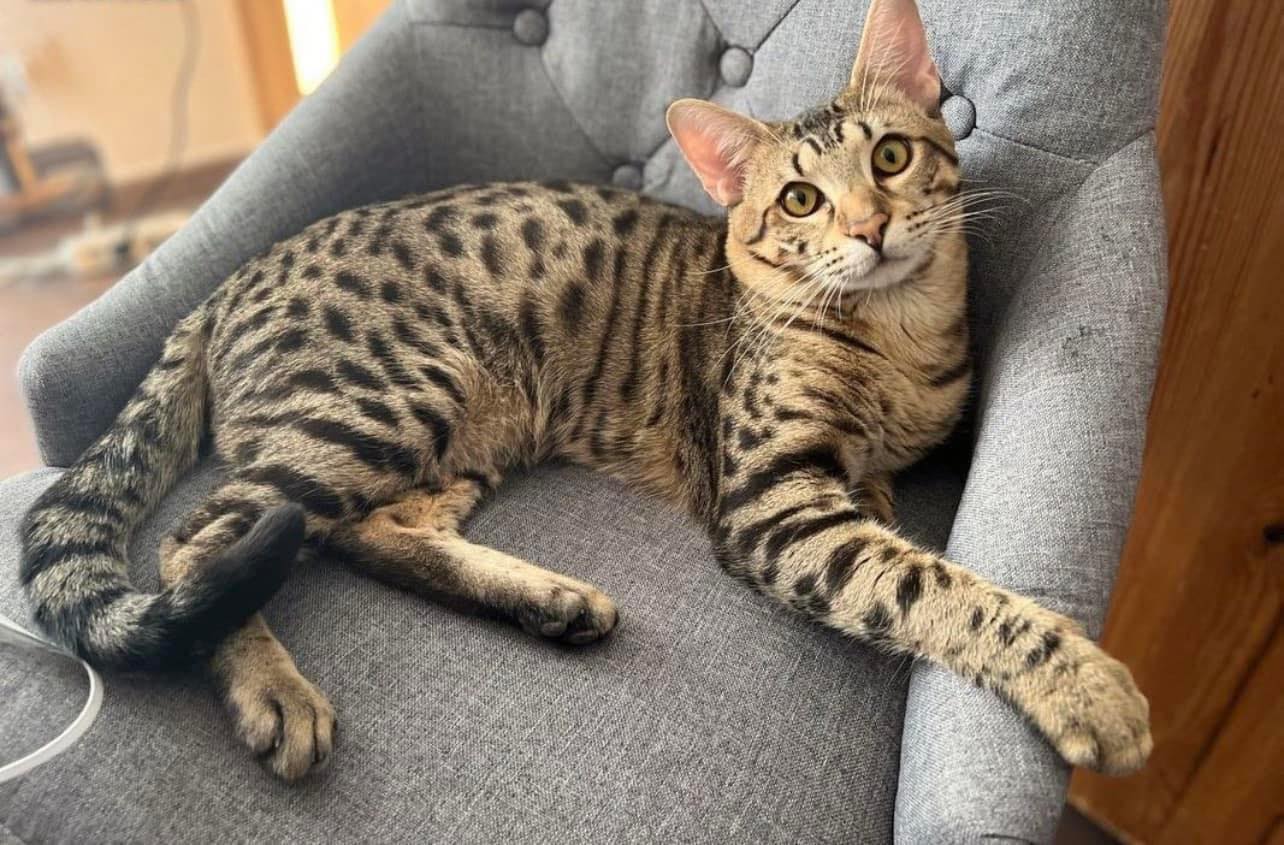 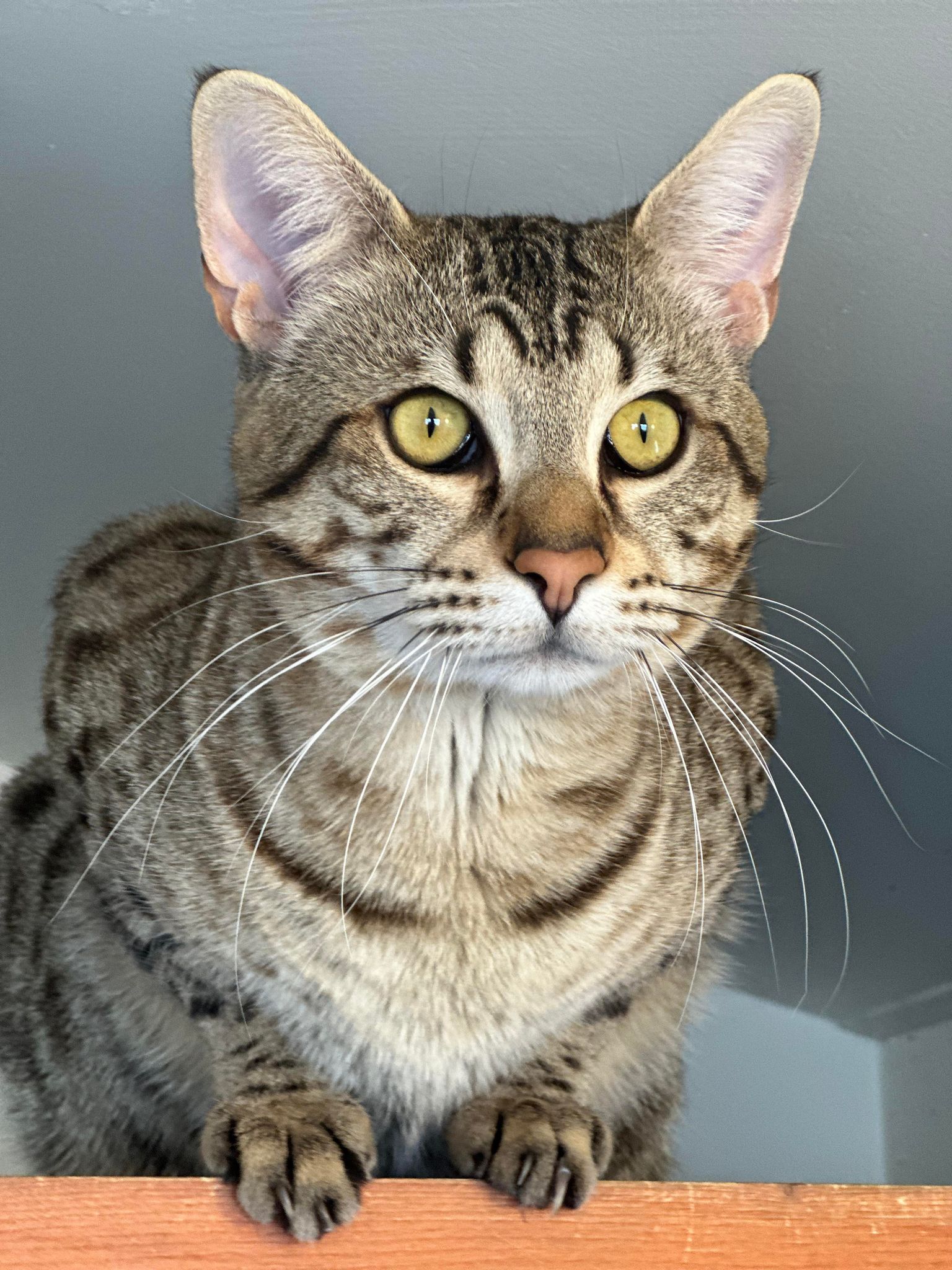 The Savannah looks like a miniature cheetah, with its spotted coat and slender figure. Its body is slender and deep, with thick bones and prominent musculature. Its relatively thick tail and rather short compared to its body ends in a rounded tip colored with black. Its slender and long legs with elongated fingers give it a slender, slender and slender appearance. Its dress can be of different shades, ranging from brown to silver through black or even gray-blue. The only obligation is that the spots are respected, with black spots that can have a round or oval shape.

The appearance of the dress can vary greatly depending on the light. Its triangular head is rather small compared to the rest of the body; It is surmounted by two ears very wide at their base and slightly rounded at their tip. Oval in shape, the eyes are slightly almond-shaped, and can be yellow, green, golden or amber; They may have characteristic kinds of bladed tears. The neck is long, muscular and robust. Its fur is rather flat, a little rough with a particularly silky undercoat. The Savannah weighs between 7 and 14 kilos and can measure up to 40 centimeters (shoulder). . 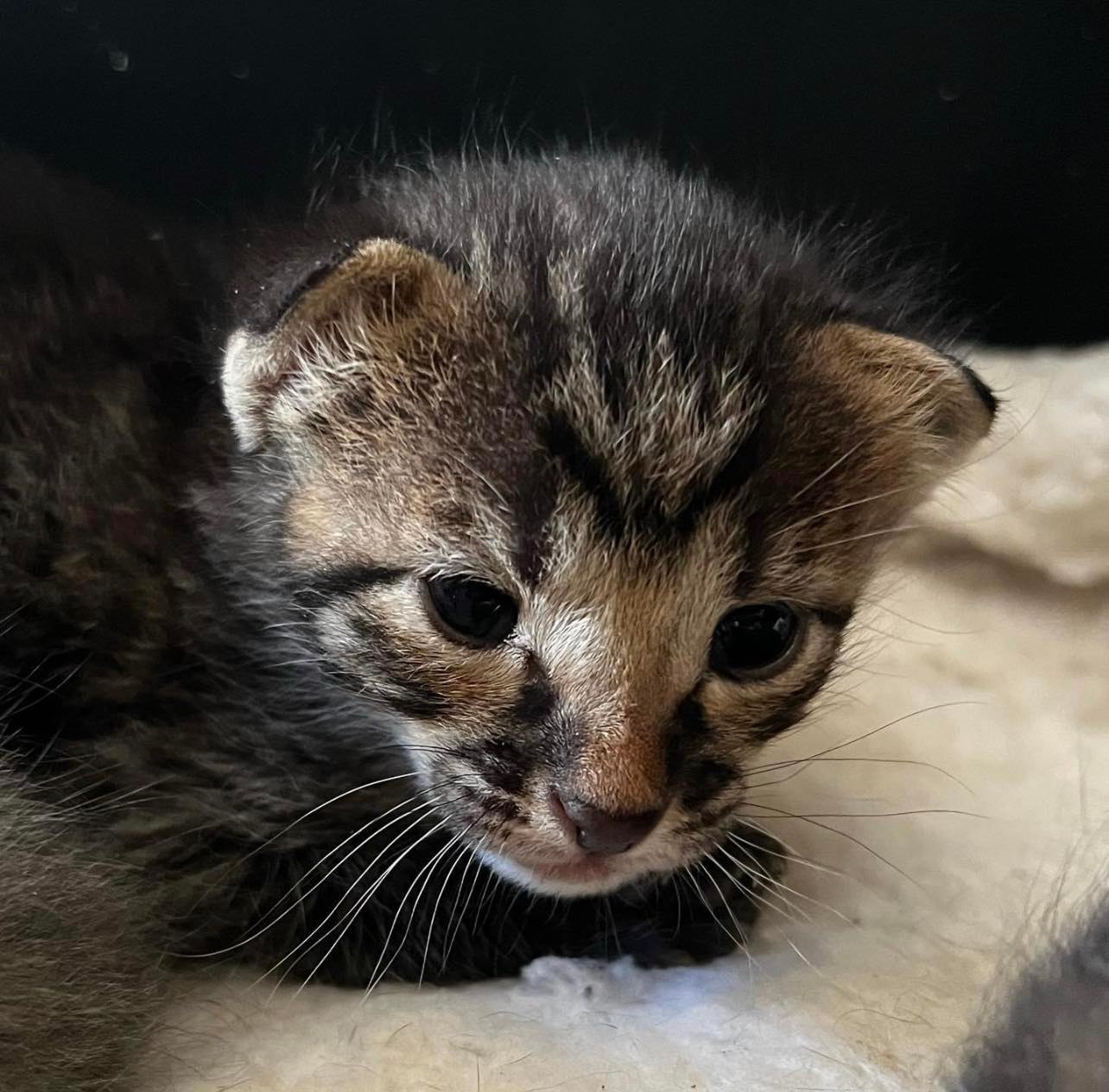 Kittens Brown Tabby pattern Spooted, male or female: 2490€.  You will find availability, by clicking on the tab book then reach Savannah, (online reservation, secure site). You have the option to pre-book your kitten on the next litter by contacting me. (The contact tab - form or direct line). This pre-booking is made by paying a deposit of 30%. This one, will also give you the advantage of the first choice on the scope. Book a Savannah kitten 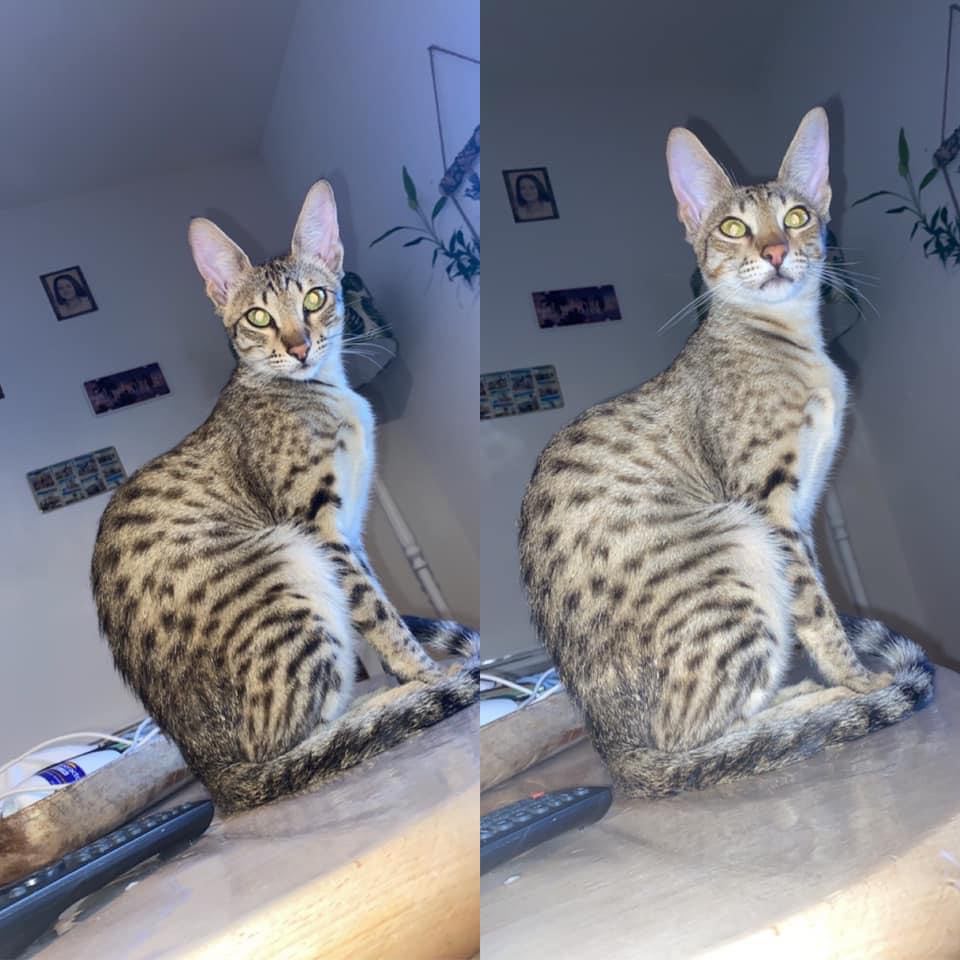 Rezilia F5, registered in the LOOF,  is brown 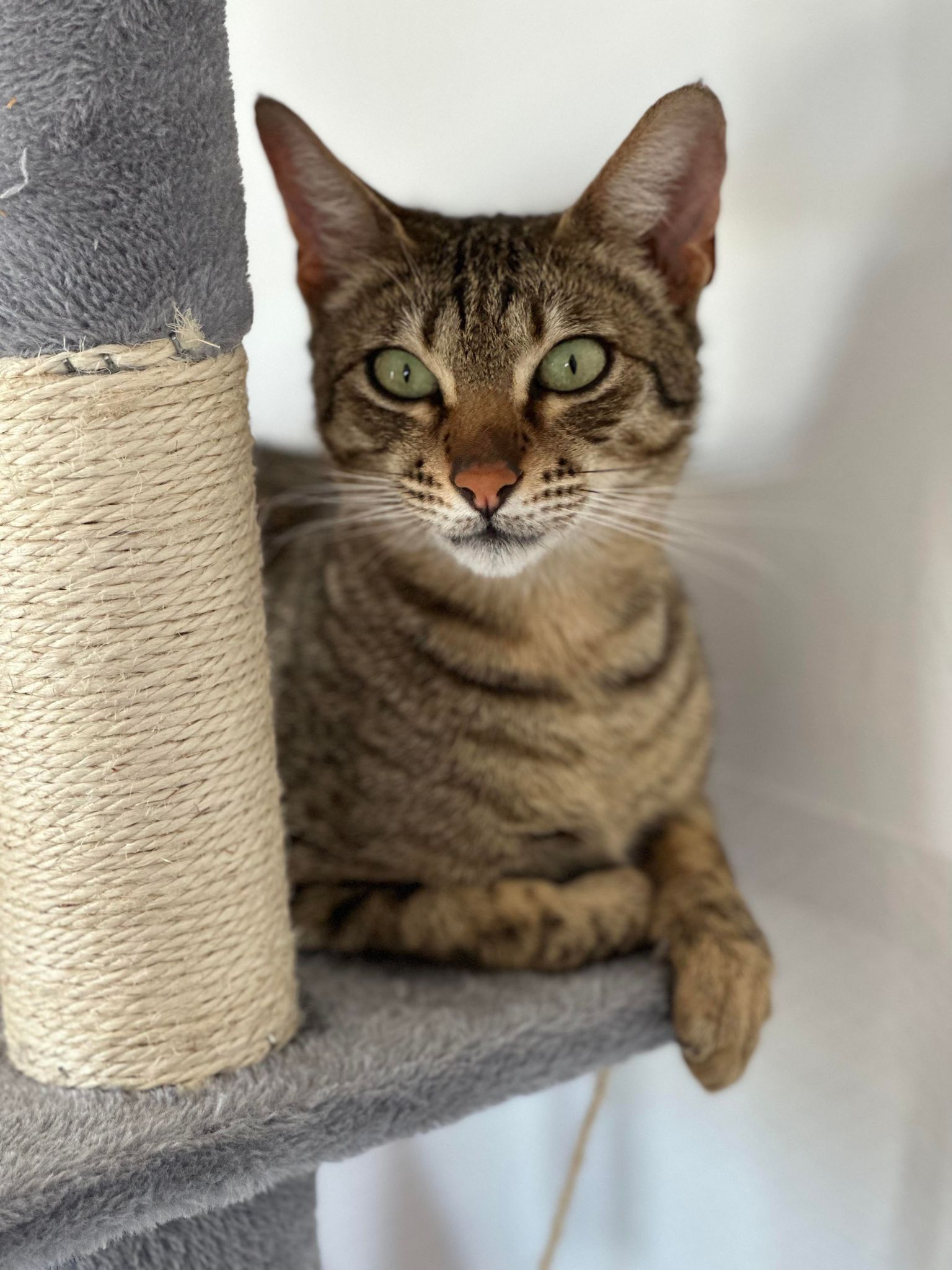 Rezilia is an intelligent female , she is very curious and confident she mixes strength, grace and kindness. Its wild look combined with a character that is only sweetness and purr.  She is very close to me. Coming from sublime lines selected for several generations for their great beauty. His parents have championship titles and in their pedigrees champions, European and world champions, sublime origins. 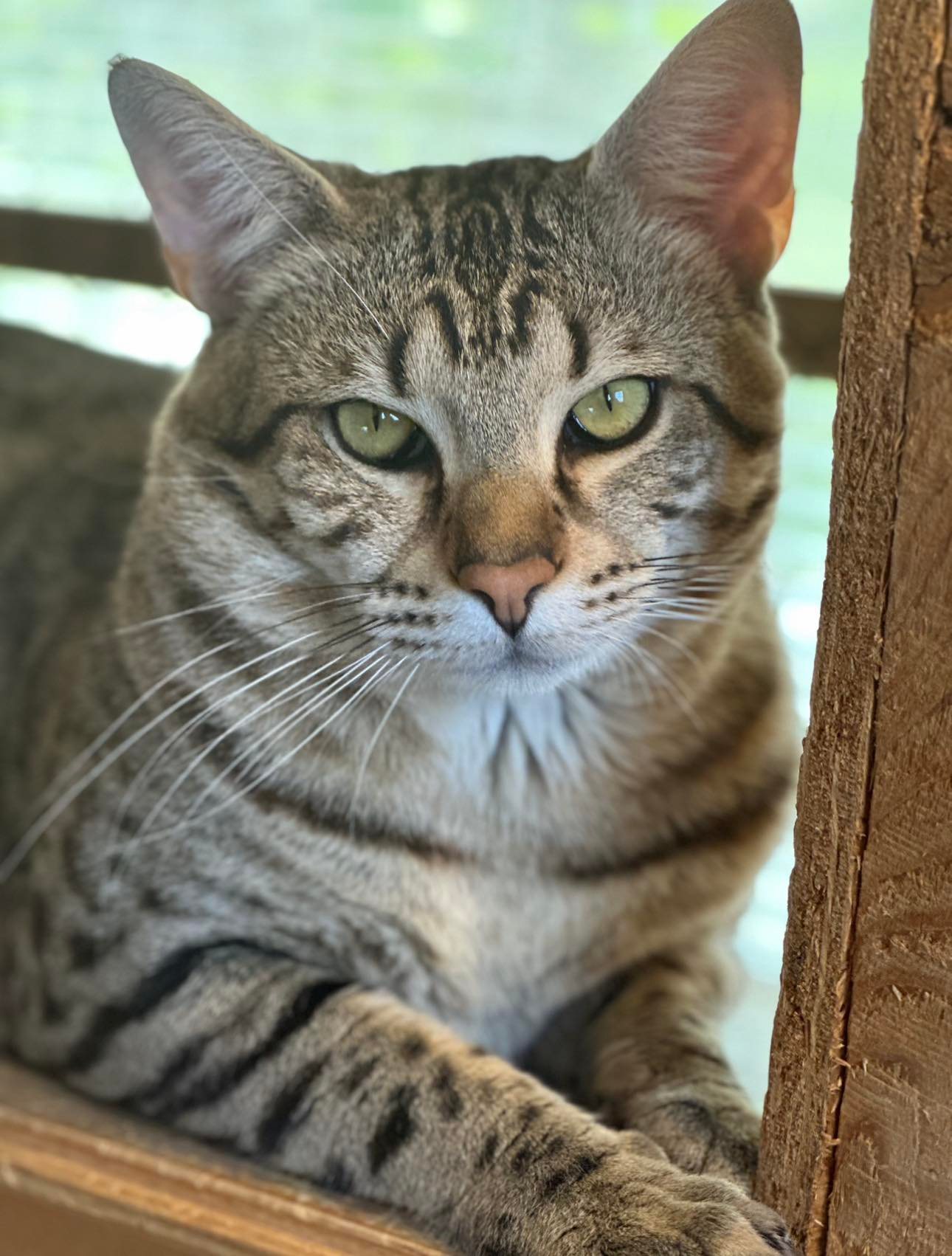 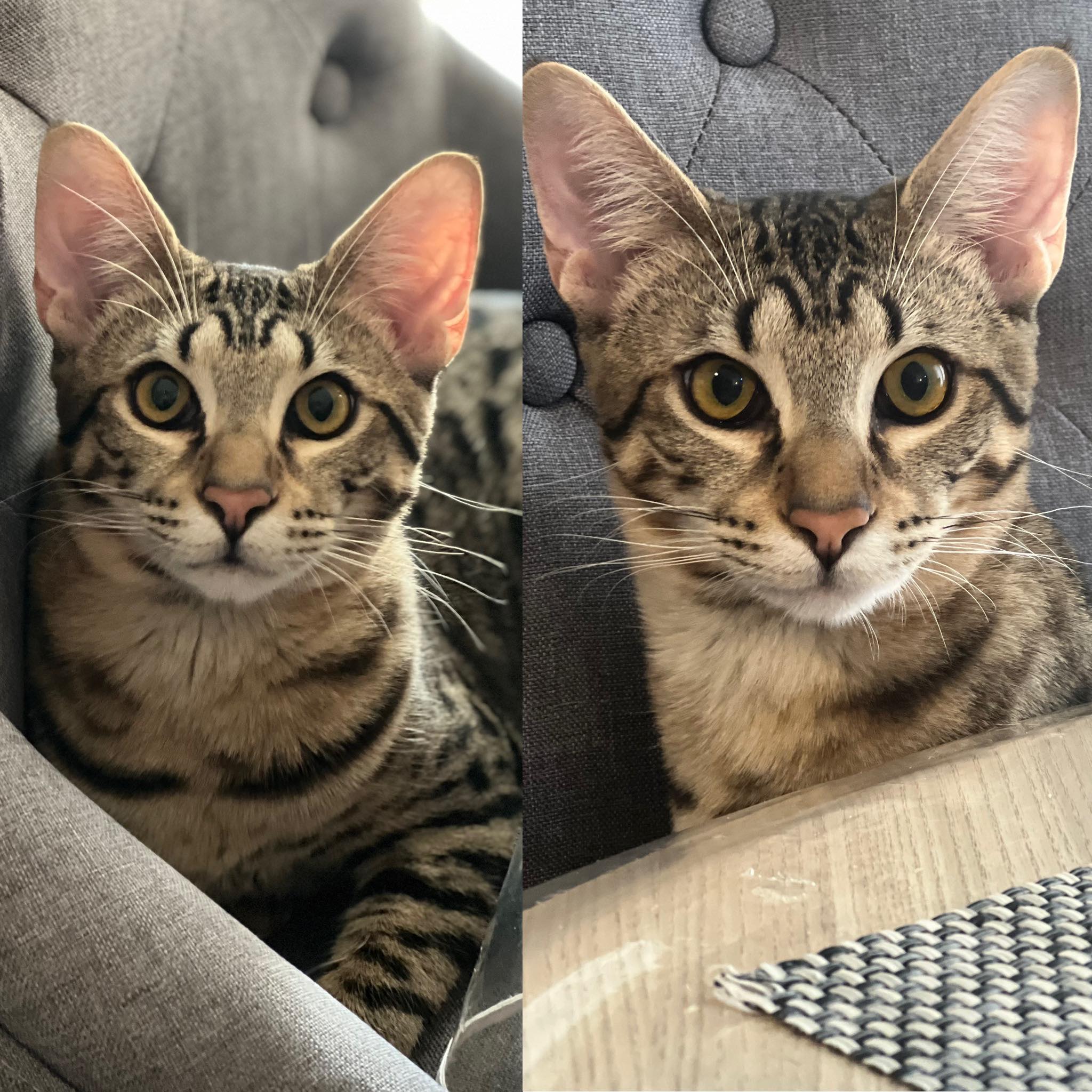 The dad Sanga F7 SBT registered in the LOOF, of the domain of  Happiness is brown  tabby pattern spooted.   Sanga is typified F2, it is just beautiful very long, 6.5kg to date (8 months).  In character he is exceptional, very sweet, hyper affectionate, a real purring box . 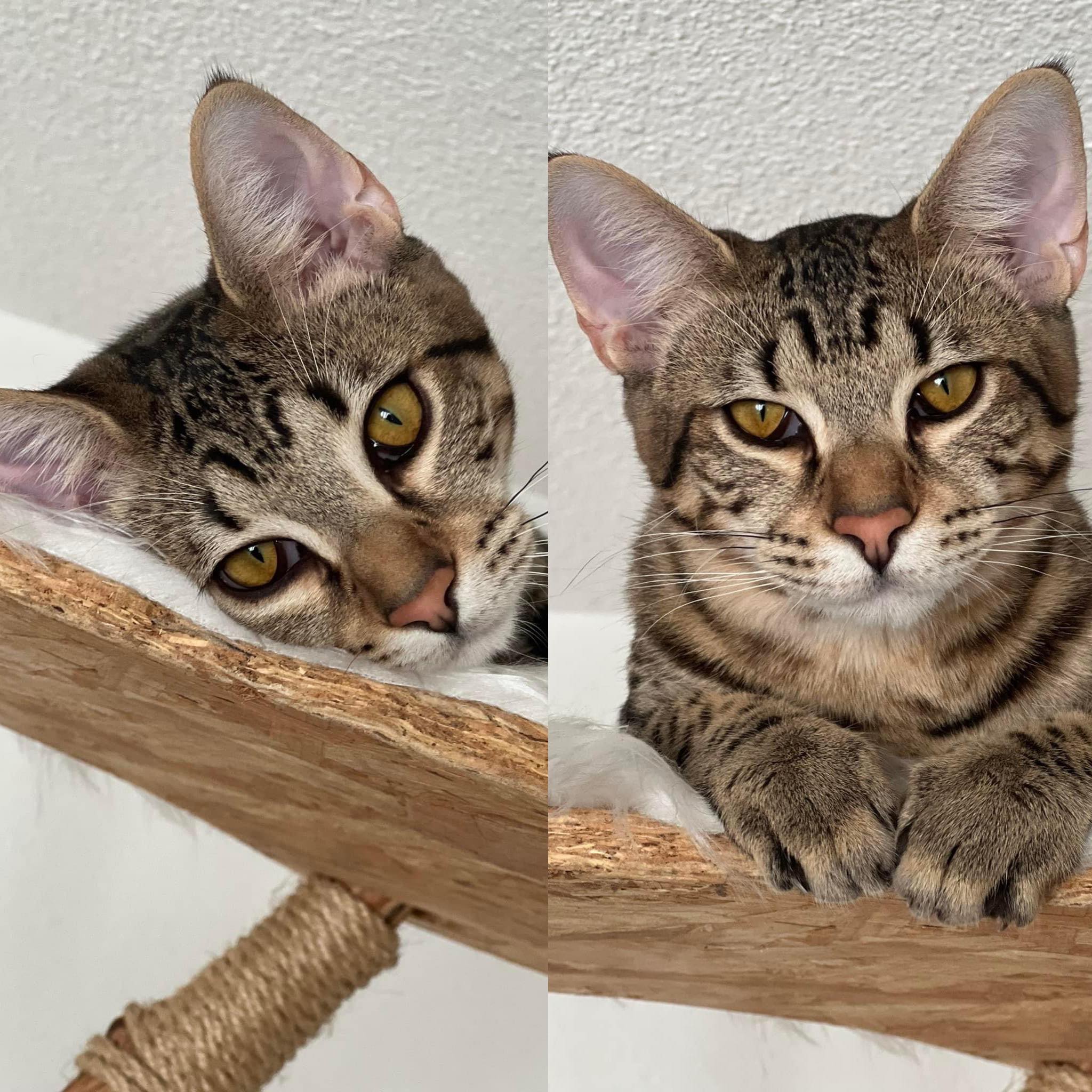 Sanga comes from a prestigious lineage and wears it and its physique (type F2), the magnificent traits of these ancestors, his parents are from the greatest Canadian and American lines of the moment. (physics selected over several generations).