The Akita Inu comes from Akita Province, north of Honshu Island in Japan. First known as a hunting dog, Matagi villages located throughout the region used them for this purpose. They solicited them for the hunting of big game (such as bear, deer ...) as well as companions for long distances in an often hostile environment.

Then the tradition of hunting continued in the region. Little by little the local dogs became famous, they were then named according to their use or their origin. (Matagi inu for hunting, Odate inu from the Odate region...) Around the eighteenth century, a great famine broke out, the function of the hunting dog evolved into a guard dog, so crosses were made to promote a larger size. Between 1868 and 1912, dog fighting was a local tradition. 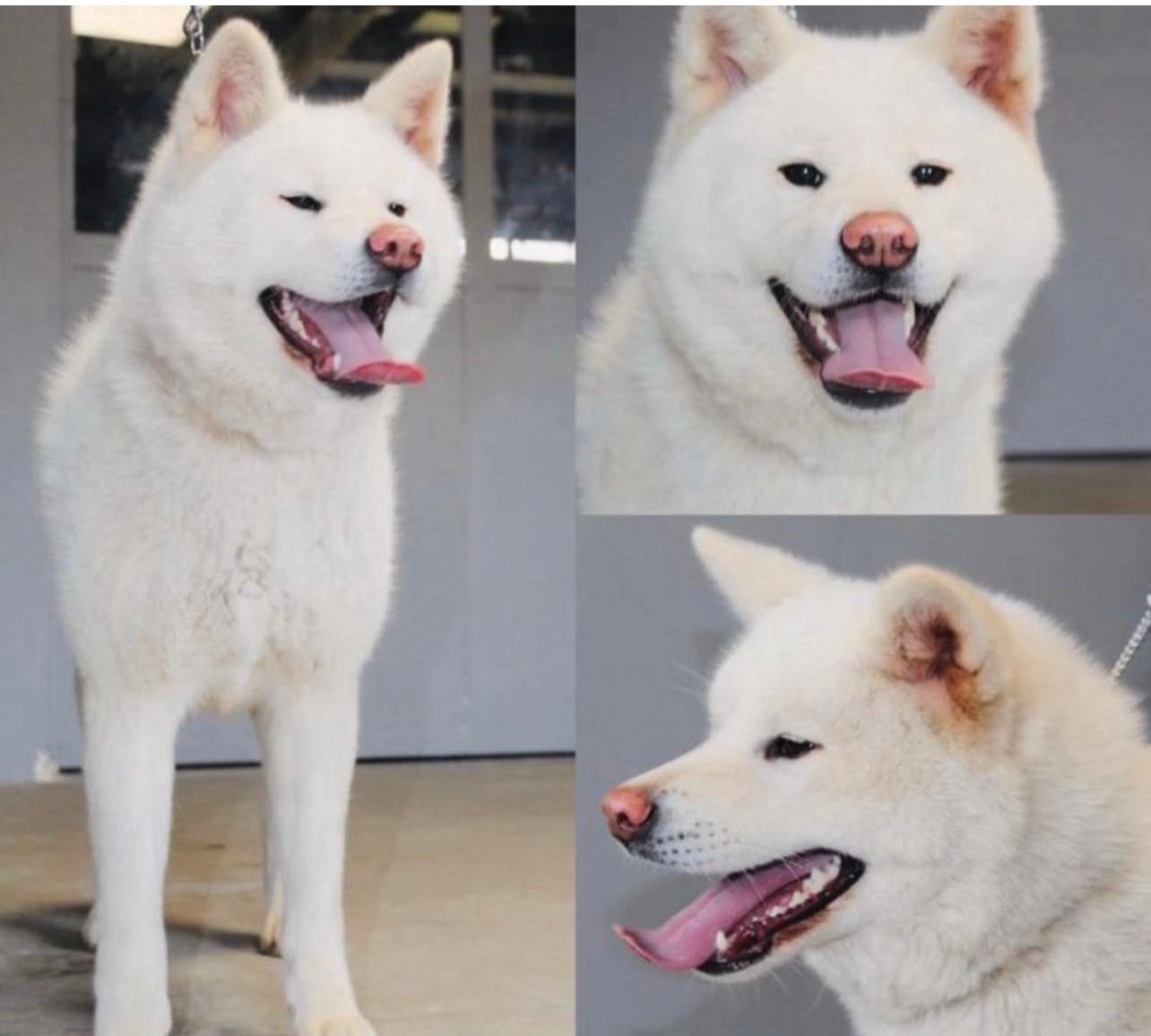 It was then that there was a multitude of crossovers for criteria related to combat (ferocity...). Fearing that the situation would get out of control, the Akita County government decided to ban dog fighting, then established a tax on dog owners and following a rabies epidemic ordered the extermination of wild dogs. This almost caused the disappearance of the breed. In 1931, the Akita Inu was declared a "World Natural Monument".

Then in 1932, the breed was threatened again, because during the war, their fur was used to make warm clothes for fighters sent to the northern regions of China. After the war, in the years 1948, 1949, the Akita Inu became famous again thanks to the exhibitions organized by the Akiho association which was founded between 1927 and 1928. The production of reliable pedigree became a priority for breeders. Until the end of the twentieth century, the rehabilitation of the Akita Inu continued thanks to the lices of the south of the Akita region which were preserved. This is how the breed became the Akita Inu we know today. Akita Inu was imported in France in 1989.

The Akita Inu is a majestic dog, robust constitution and tempered character

. Spitz type, it is large and well proportioned. This dog seduces by its plush aspect and the great serenity it releases. The Akita Inu is a perfect dog in every way for family life. He can be both sporty or not, it all depends on the need of his master. He is calm, considerate, caring, independent, loyal and barks only very moderately. His education is rather easy and his health solid. Female From 28 kg to 34 kg From 58 cm to 64 cm / Male From 32 kg to 40 kg From 64 cm to 70 cm

Red Puppies, Brindle and Red Puppies: 1890€ / White Puppies: 1990€ male or female. You will find availability, by clicking on the tab book then reach Akita-inu, (online booking, secure site). You have the opportunity to pre-book your puppy on the next litter by contacting me. (the Contact tab - Form or direct line). This pre-booking is made by paying a deposit of 30%. This one, will also give you the advantage of the first choice on the scope. Book an Akita-inu puppy 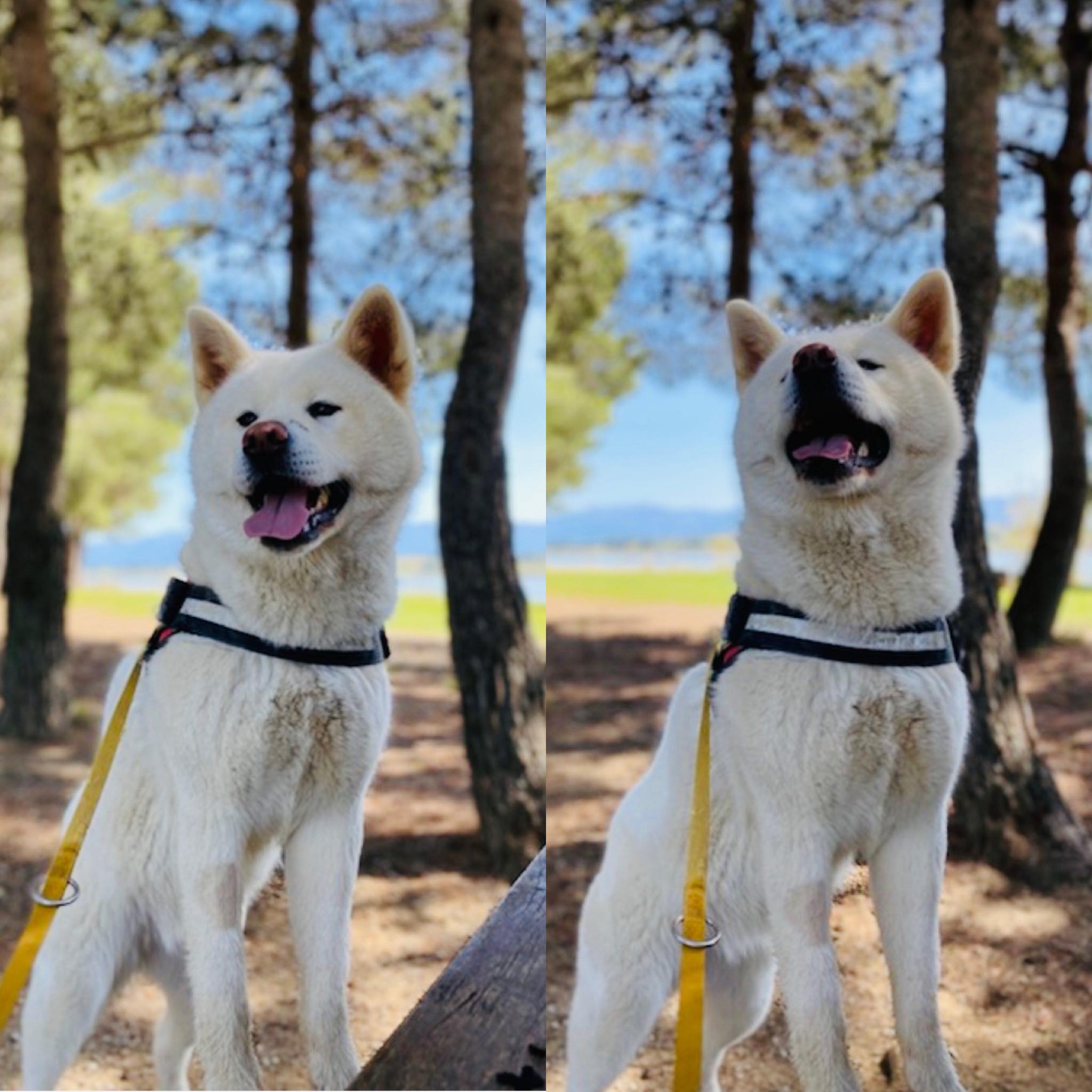 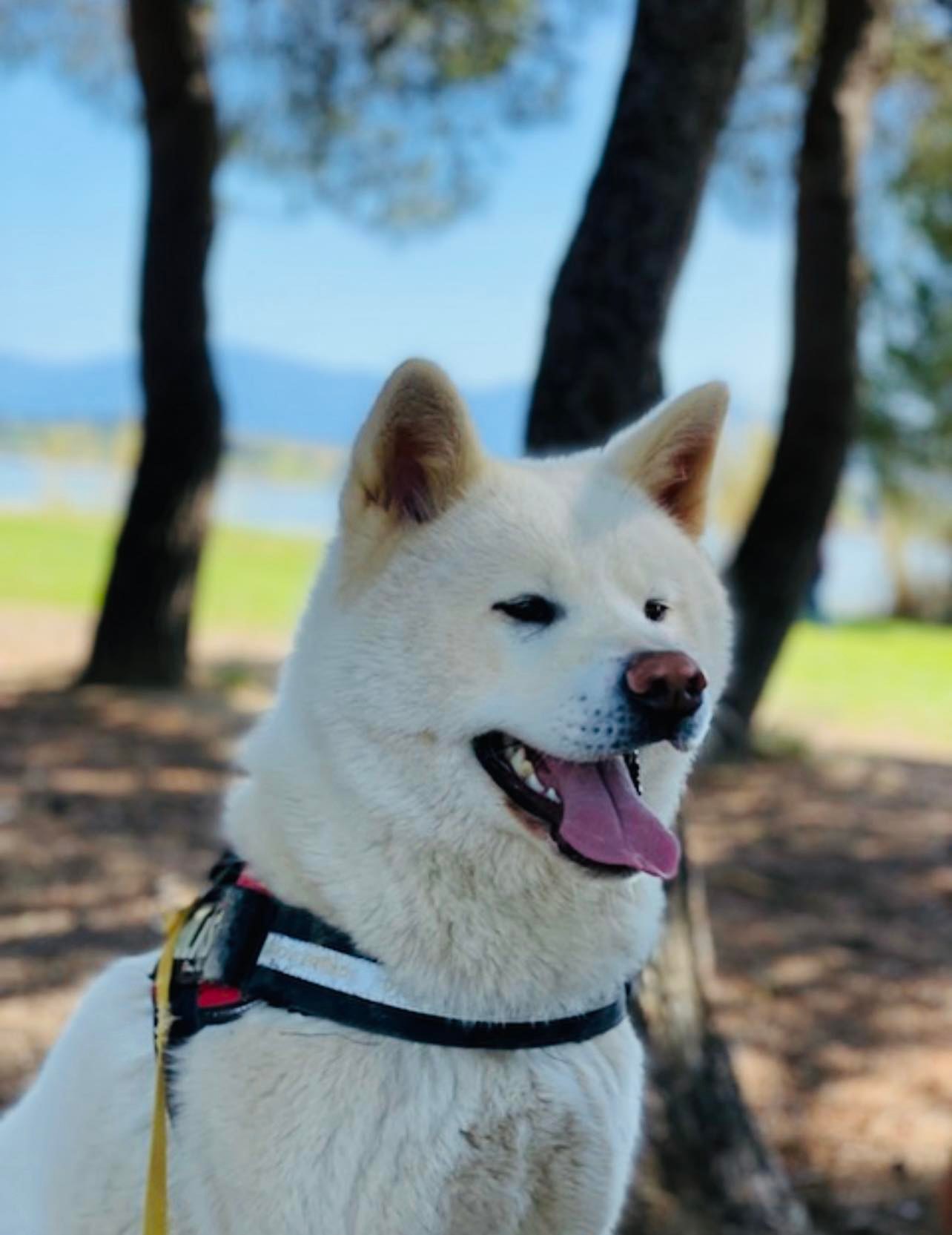 Hakai, from the domain of Sakura, is registered in the LOF and confirmed, it is white in color,   very promising. She comes from a prestigious lineage, (her mother, Okka from the Sakura domain, HD-A and her father, Nippon Jume Kyoushuu, DNA-COT 4 HD-A / CACS (2) / RCACIB (2). His grandparents come from the most prestigious Akita Inu farms.

Hakai is a docile, receptive and faithful female. It is extremely typical Japanese, a real pearl, as beautiful as it is sweet. Hakai is also an excellent goalkeeper and very close to me. Inbreeding rate of 0% over more than 5 generations.

Onacre COT 1 is at the LOF and confirmed, prestigious origins (the dragons of the red sun on mom's side and the lords of the East on dad's side. It is therefore from my breeding and the marriage of 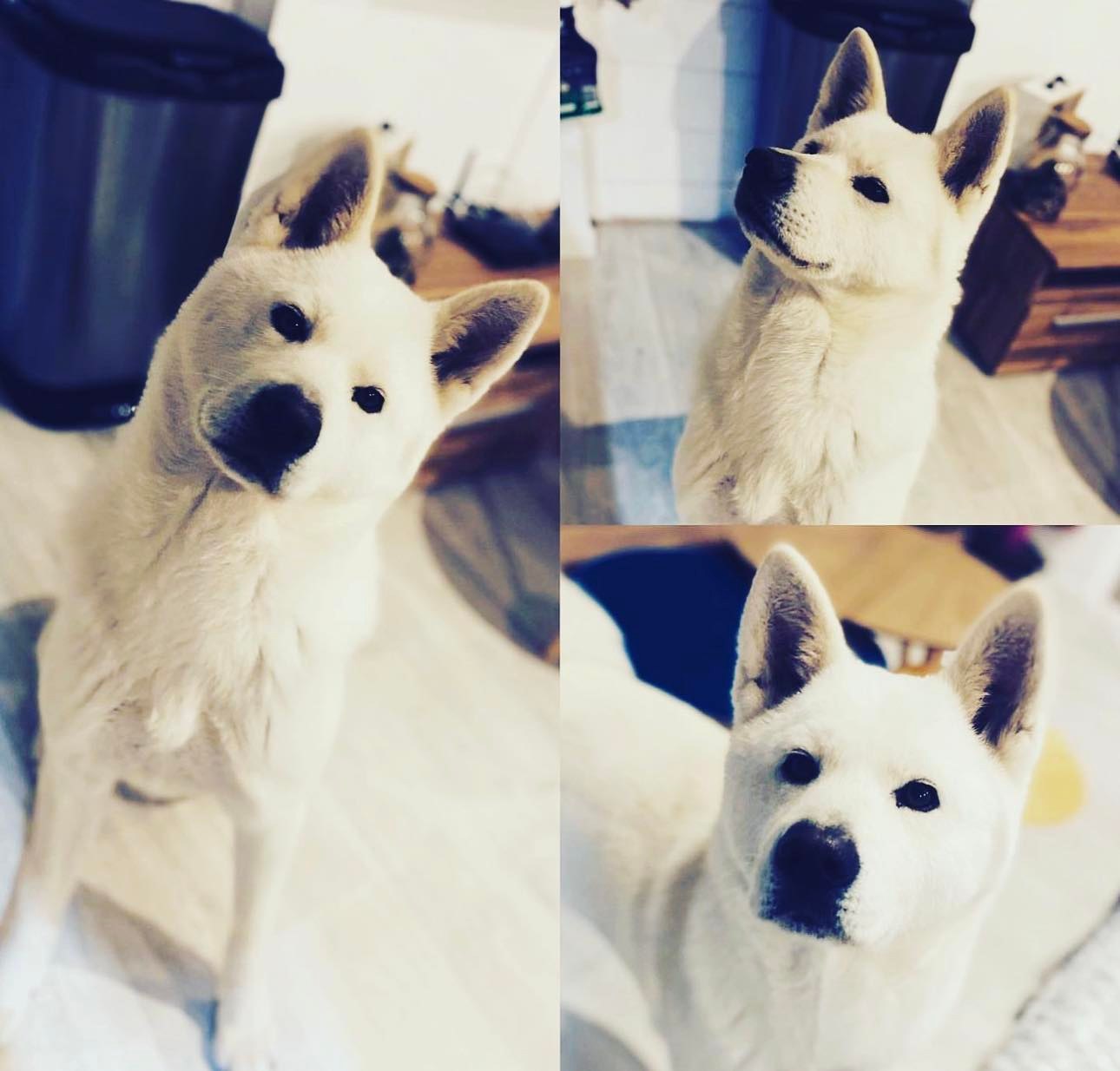 Onacre is a very good babysitter and endowed with great intelligence and an impressive ability to reason. She is also very reserved, independent and discreet. 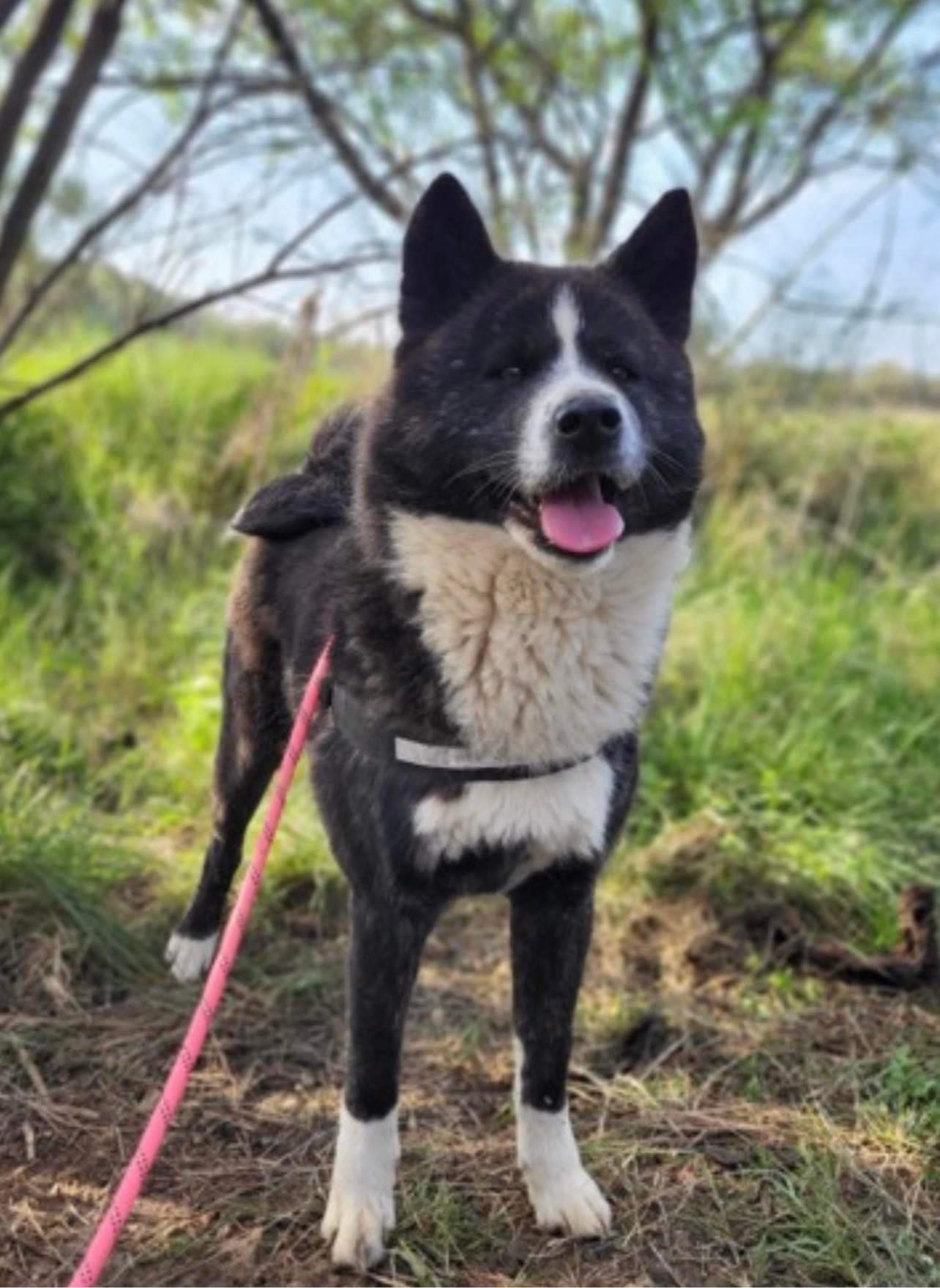 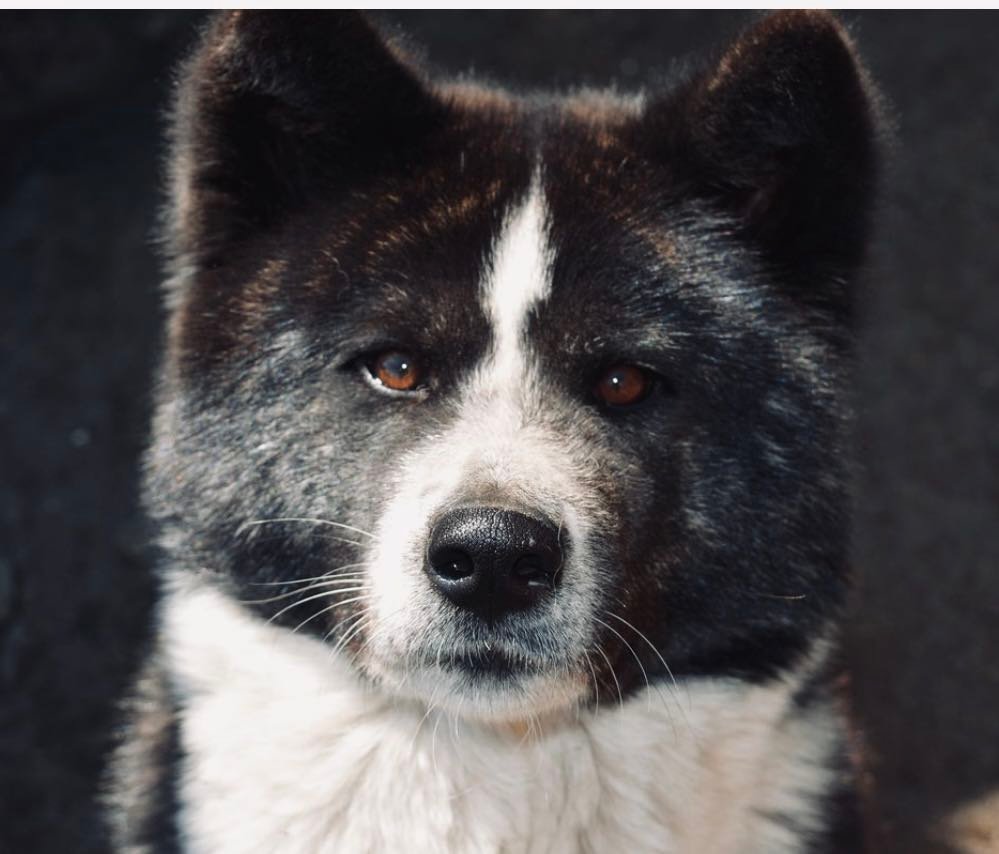 of Mont Sacré COT 1 is registered in the LOF and confirmed. It is black and brindle. She comes from a prestigious lineage.     His dad Michio from the Razes lands (COT 3 HD-A, CACIB(1), CACS(4), TBNE, TC) and his mom Mona Lisa from the Sakura COT 1 estate.

Pandora is an imposing and powerful female, but also dignified and full of substance. She has a proud gait and looks, accentuated by her small ears and black eyes. The thick and fluffy hair gives it a unique appearance. Pandora is a sociable female with her congeners and very endearing. Inbreeding rate of 0% for more than 5 generations. 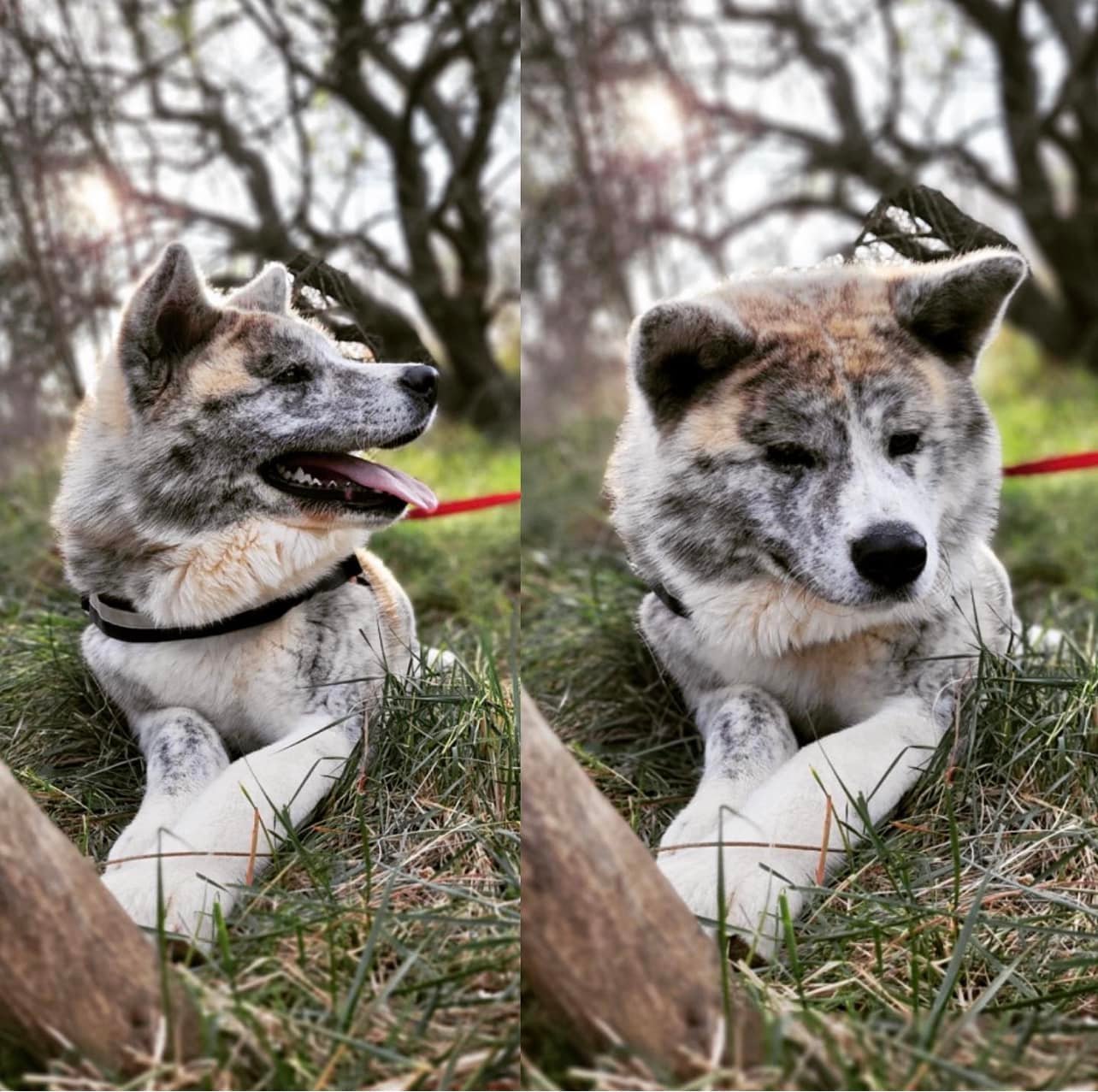 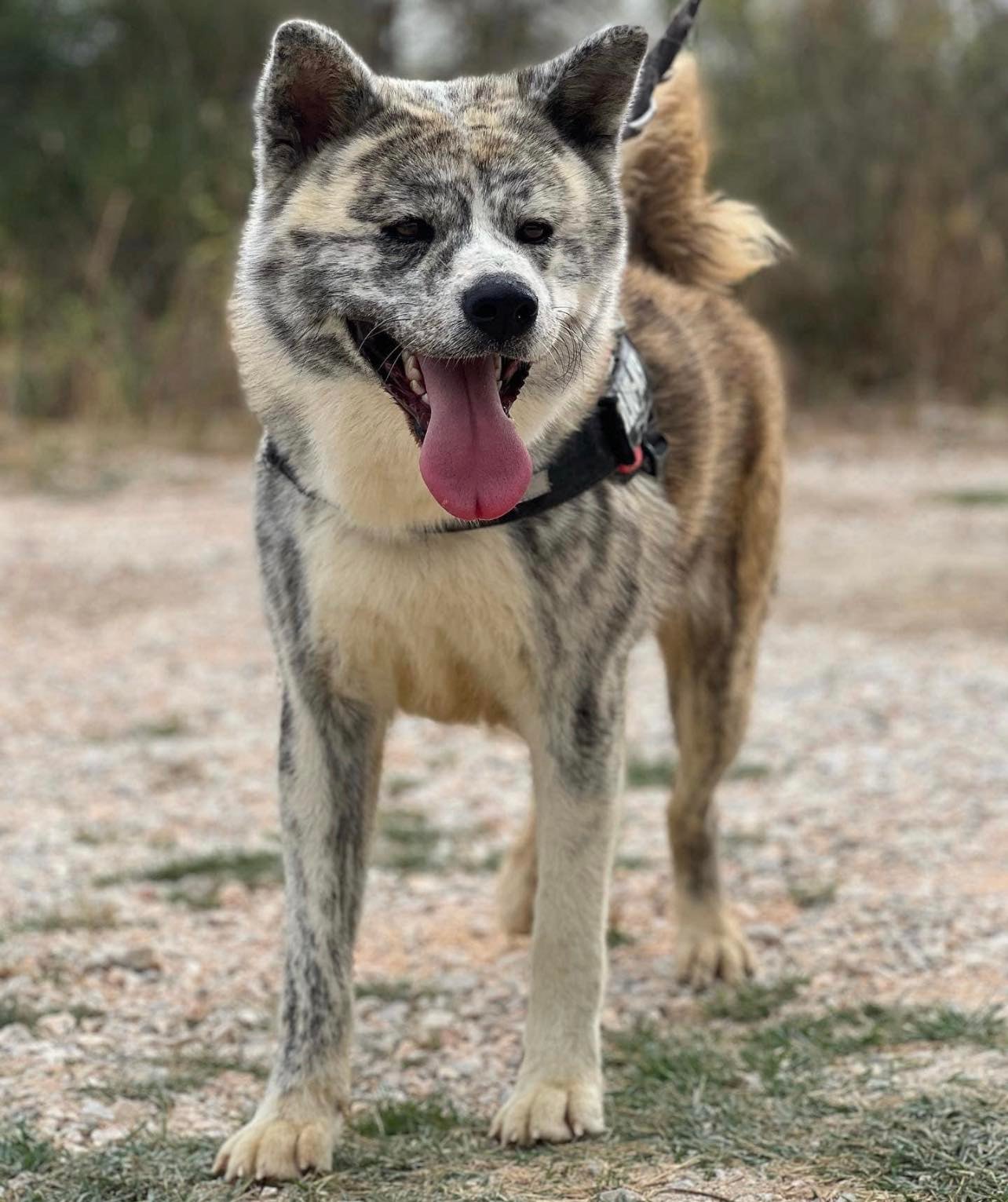 Seneca is of a very beautiful format, it is a calm and protective dog and excellent guardian also. Like an akita inu it is a brave and dignified dog.