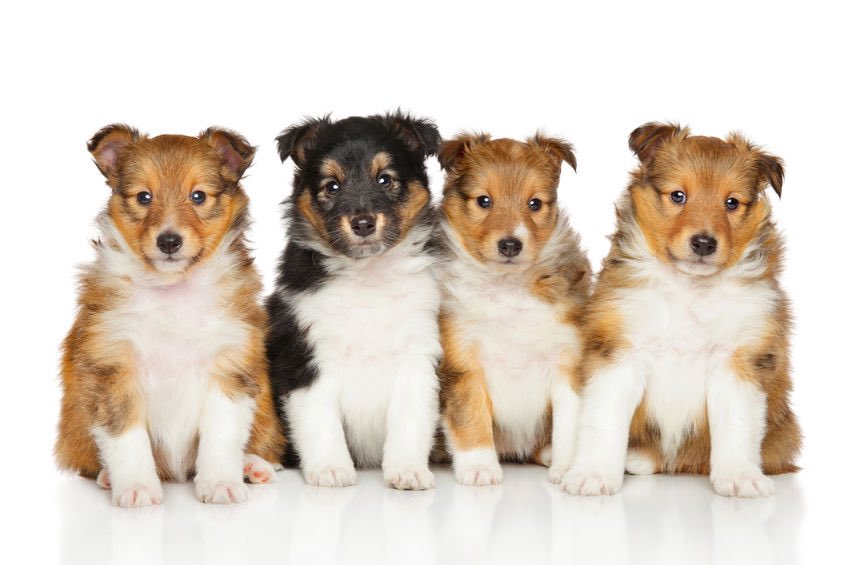 The Shetland Shepherdtakes its name from the northern islands of Scotland, where it originated. Its original pedigree is not certain, it is assumed that it could be the result of a cross between the shepherds already present in Scotland (the famous border collies) and the Eskimo dogs introduced in the country in the nineteenth century. Indeed, the whale fishermen then present in this part of the world had brought with them Icelandic shepherds and other spitz. Different breeds of dogs would then have been used during crosses, making appear over the years several long-haired collies.

Another possibility would be an affiliation with King Charles Spaniel. In any case, Shetland was used early on for herd management, a practice in which it still excels today. It should be noted that in this part of northern Scotland, animals such as cows, ponies and sheep are smaller than the rest of the country.
This is why the use of a dog the size of a Shetland is not a problem, it would even be a necessity in order to be able to optimize its guard of dwarf sheep. The years that followed were punctuated by strict breeding and selection for Shetland, which was vital for the conservation of its small size. It is still a harmonious dog, it shows no signs of dwarfism. 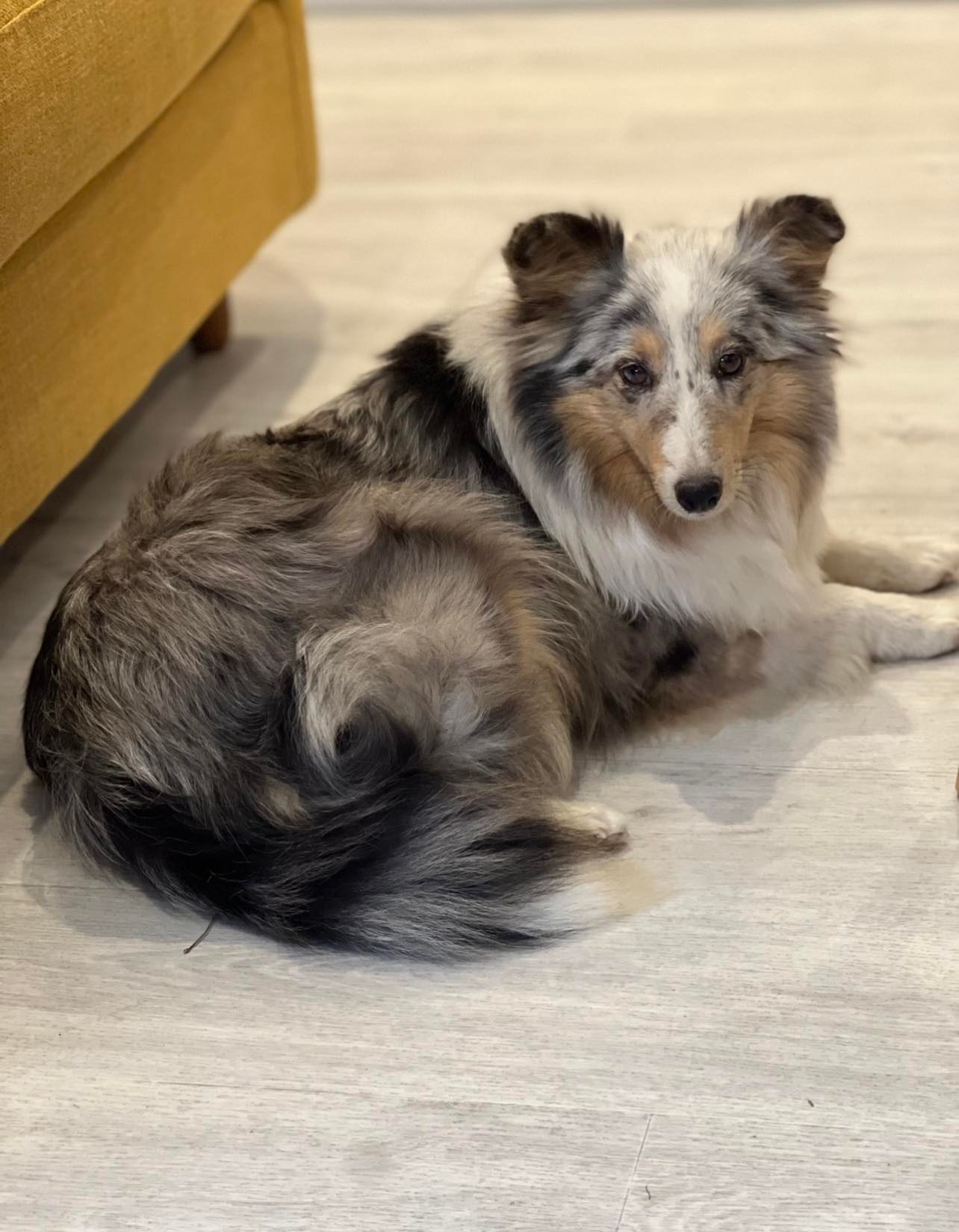 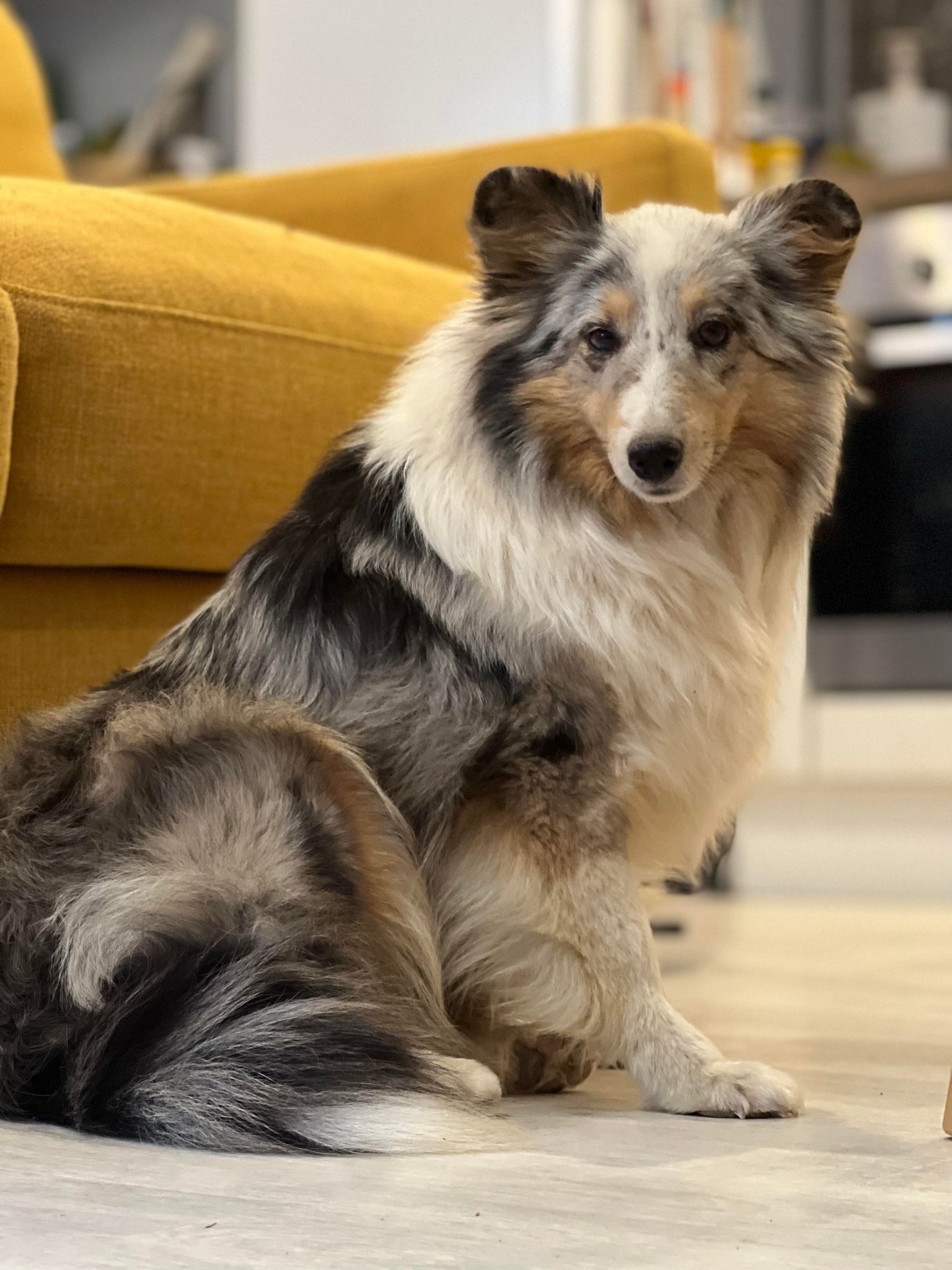 In 1908, a Shetland Collie Club was founded in Scotland by a few dog lovers. Six years later the breed will be officially recognized by the Kennel Club. Since then, the breeding has striven to mark its resemblance to collies by introducing a few breeders of different breeds. It will be introduced in England at the end of the century, it will then know a great success as a small companion dog. Shetland arrived in France in 1935. It will then take 40 years before observing a real evolution within the breed.

The Shetland Shepherd looks at first glance like a small, long-haired border collie. Once adult, males will be around 37 centimeters while females will measure about 34 centimeters. Their weight is ideally between 7 and 10 kilograms.    The long hair is very dense and forms a marked collar and crop. It is shorter on the head and its legs, while remaining thin and soft. It does not have a genetic predisposition to a particular disease. Book a Shetland puppy 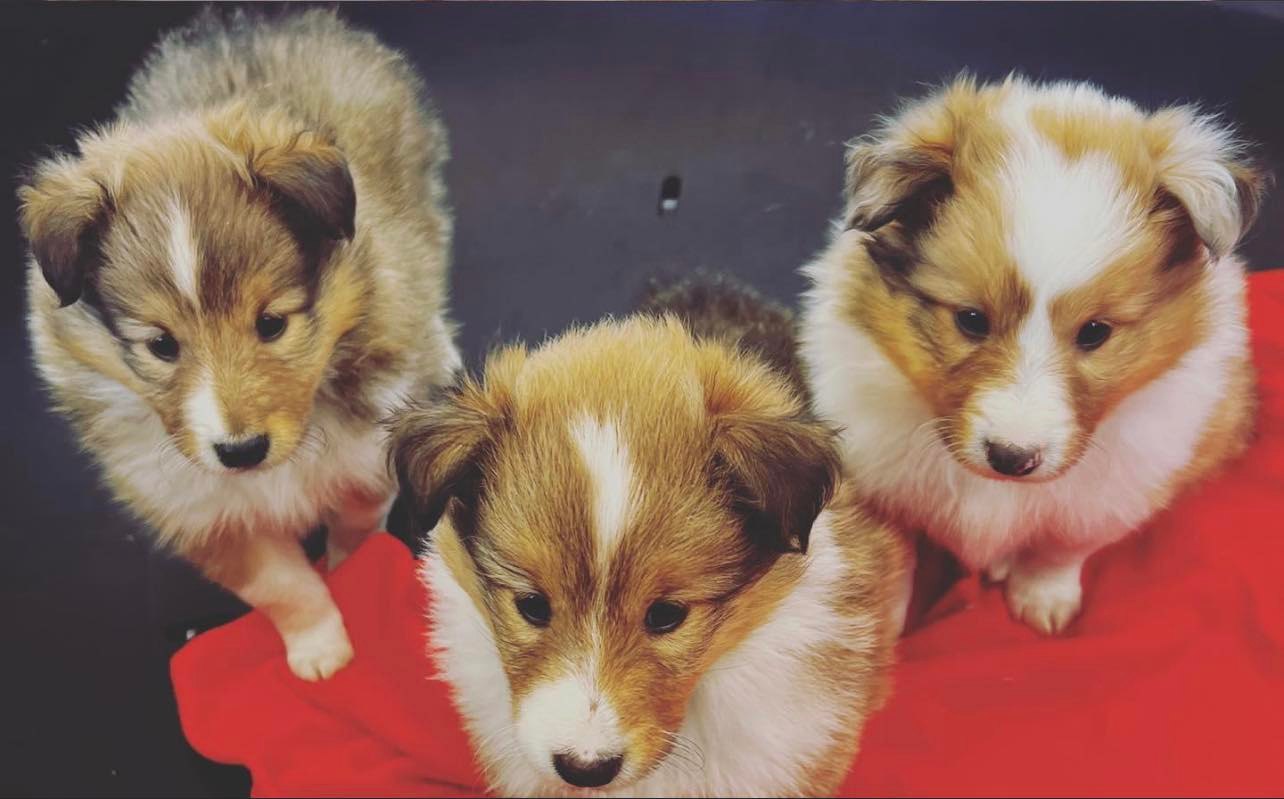 Blue and Fauve puppies: 1590€ male or female.  You will find availability, by clicking on the tab book then reach of Berger Shetland, (online booking, secure site).  You have the opportunity to pre-book your puppy on the next litter by contacting me. (the Contact tab - Form or direct line). This pre-booking is made by paying a deposit of 30%. This one, will also give you the advantage of the first choice on the scope. 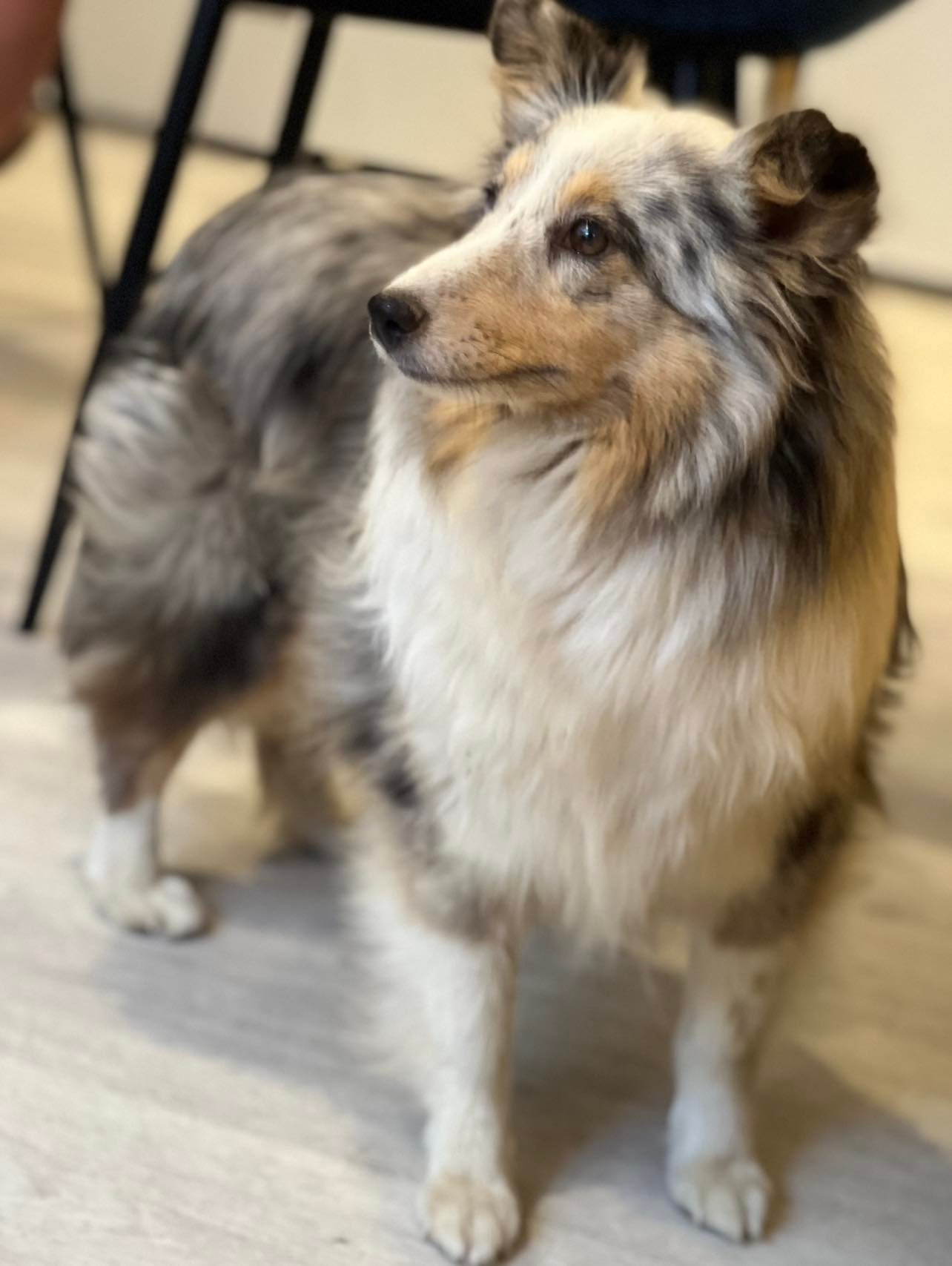 Ruby is a female of blue merle LOF.  Daughter of multi champion parents, all 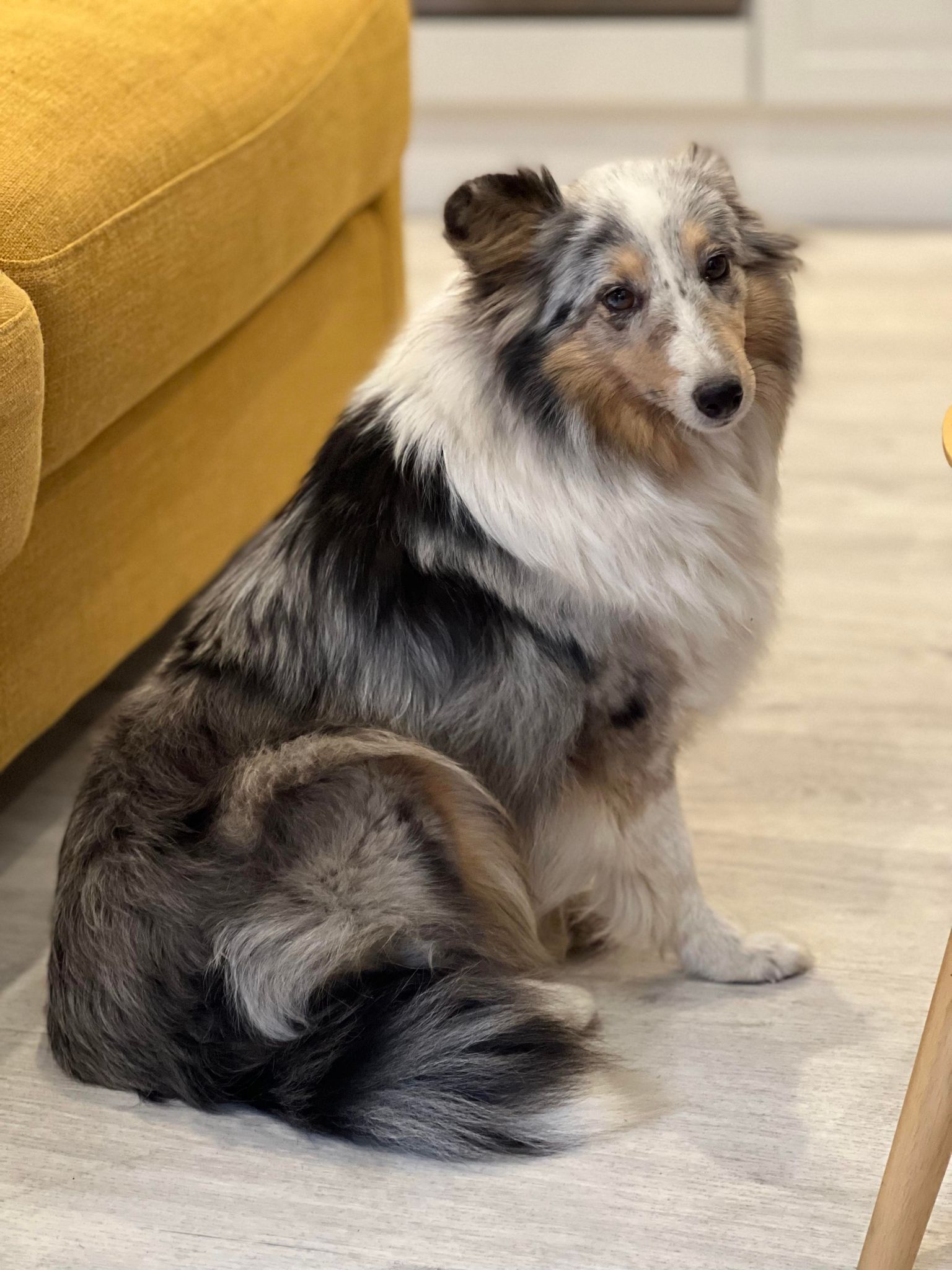 Ruby loves to play, especially with children whom she appreciates very much. She is also very close to me, very cuddly and caring. 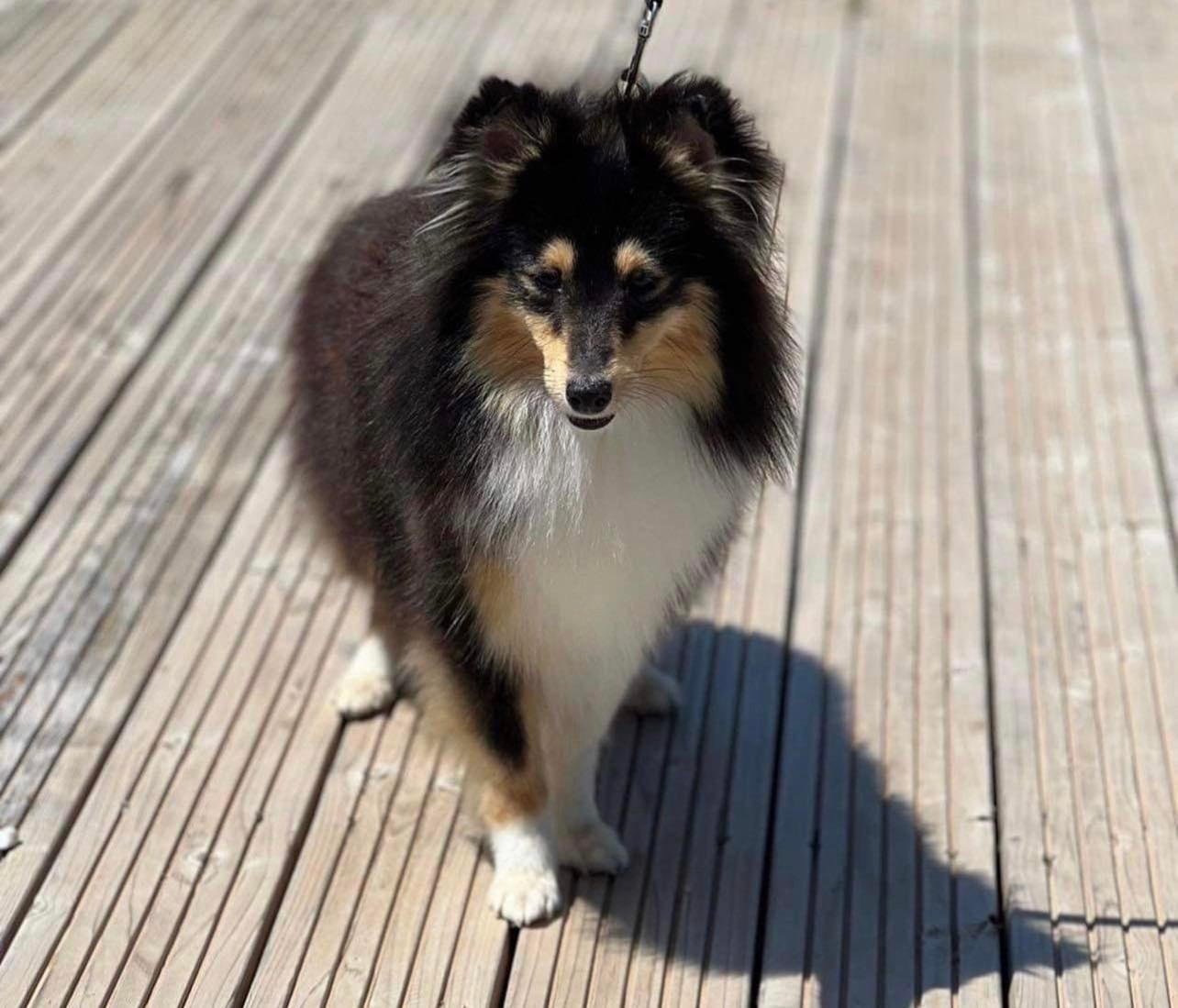 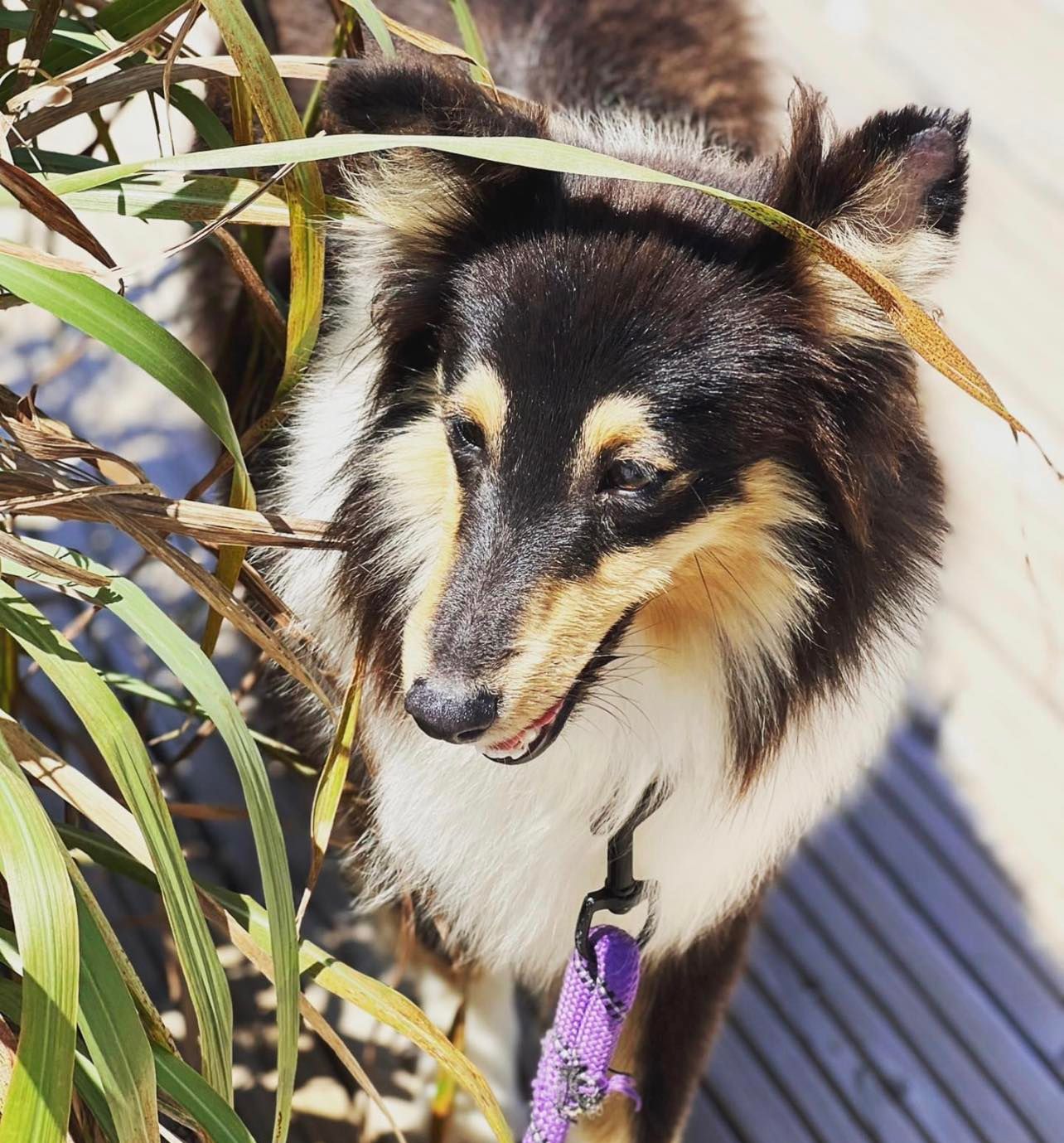 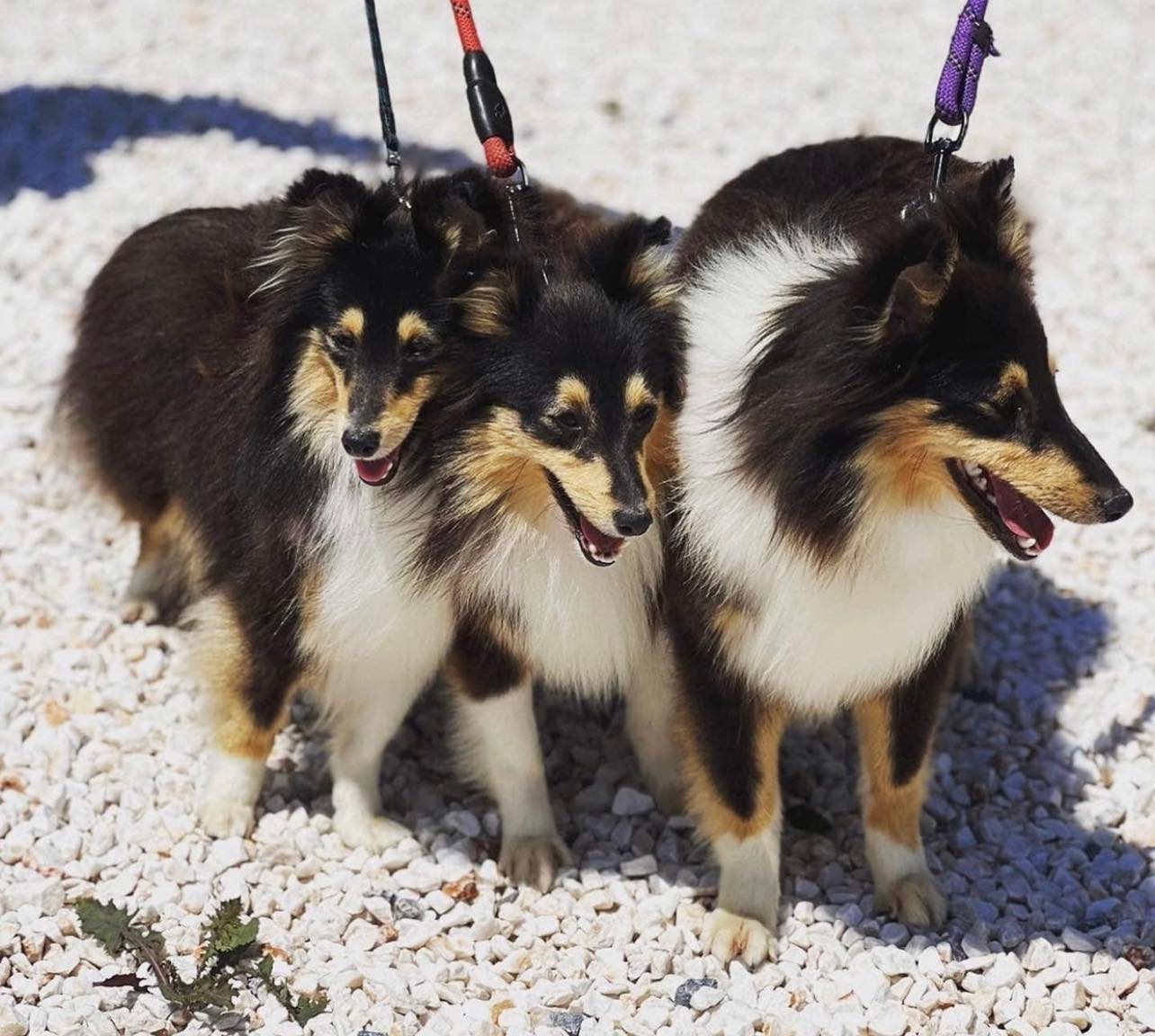 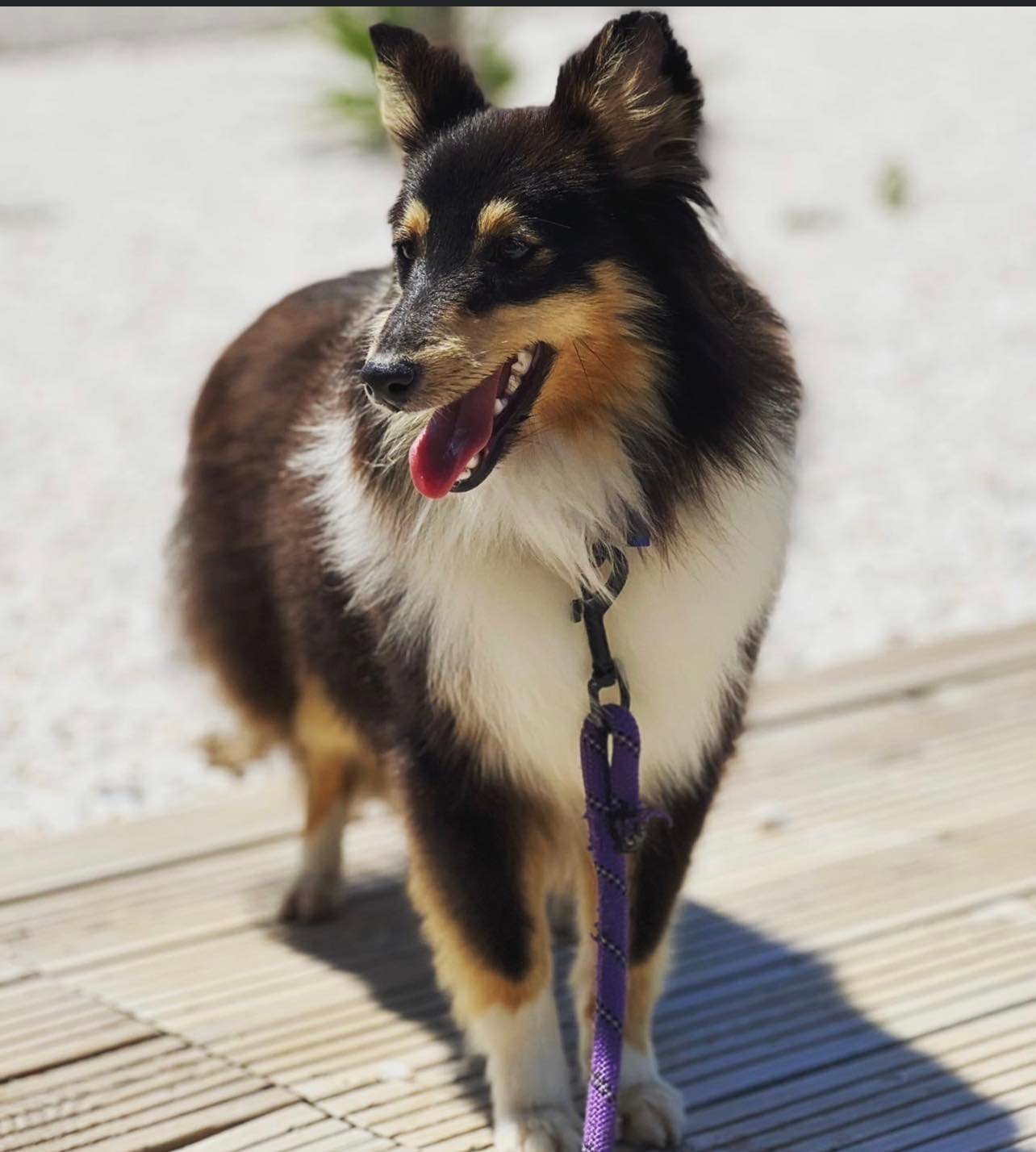 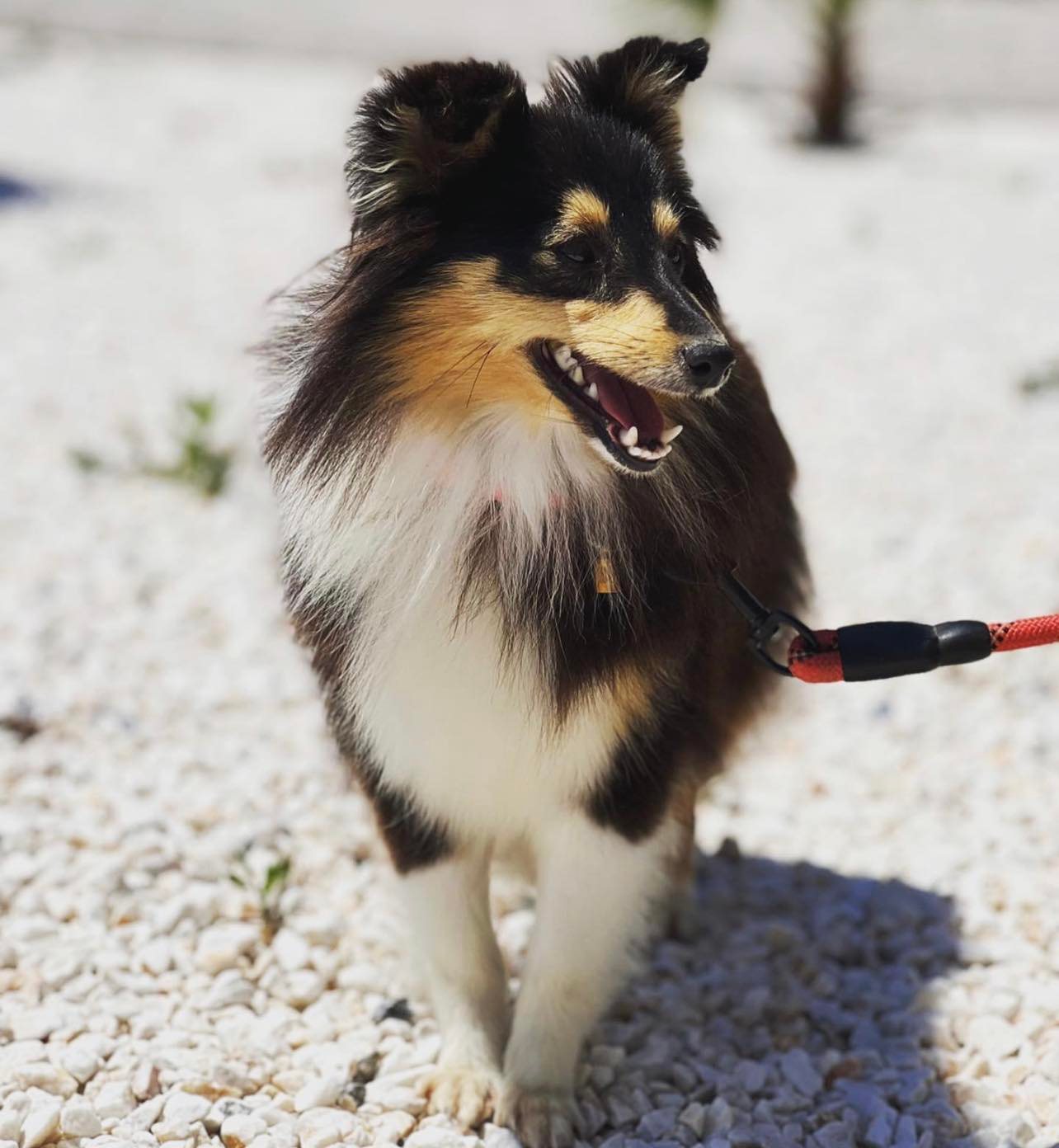 Shelsea, Skylla and Sky are at LOF and  confirmed. They come from my breeding, their mom is Ruby and the dad is a beautiful multi-champion tricolor male. First of all, they have a remarkable intelligence. Very clever and receptive, they quickly integrate information and are always curious. They truly embody the perfect companion for a family. Attentive and very attached to me, they never hesitate to show their affections and ask for hugs. They are also very playful, especially with children whom they appreciate very much, and towards whom they show great gentleness. They can be very active thanks to their working dog energy, but most often reveals a calm and calm character, especially if they feel comfortable. However, they are finally relatively suspicious of foreigners, without being fearful. 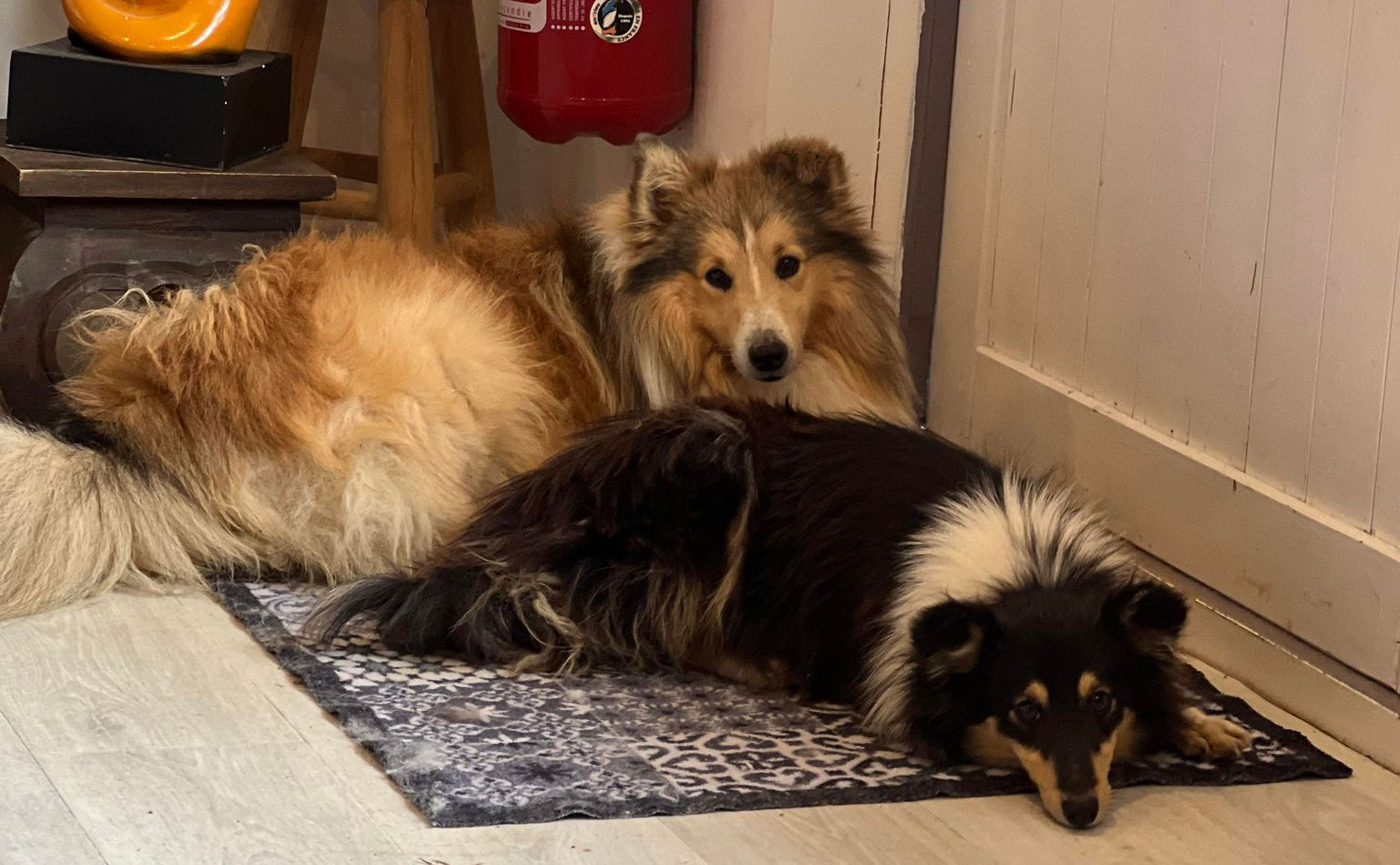 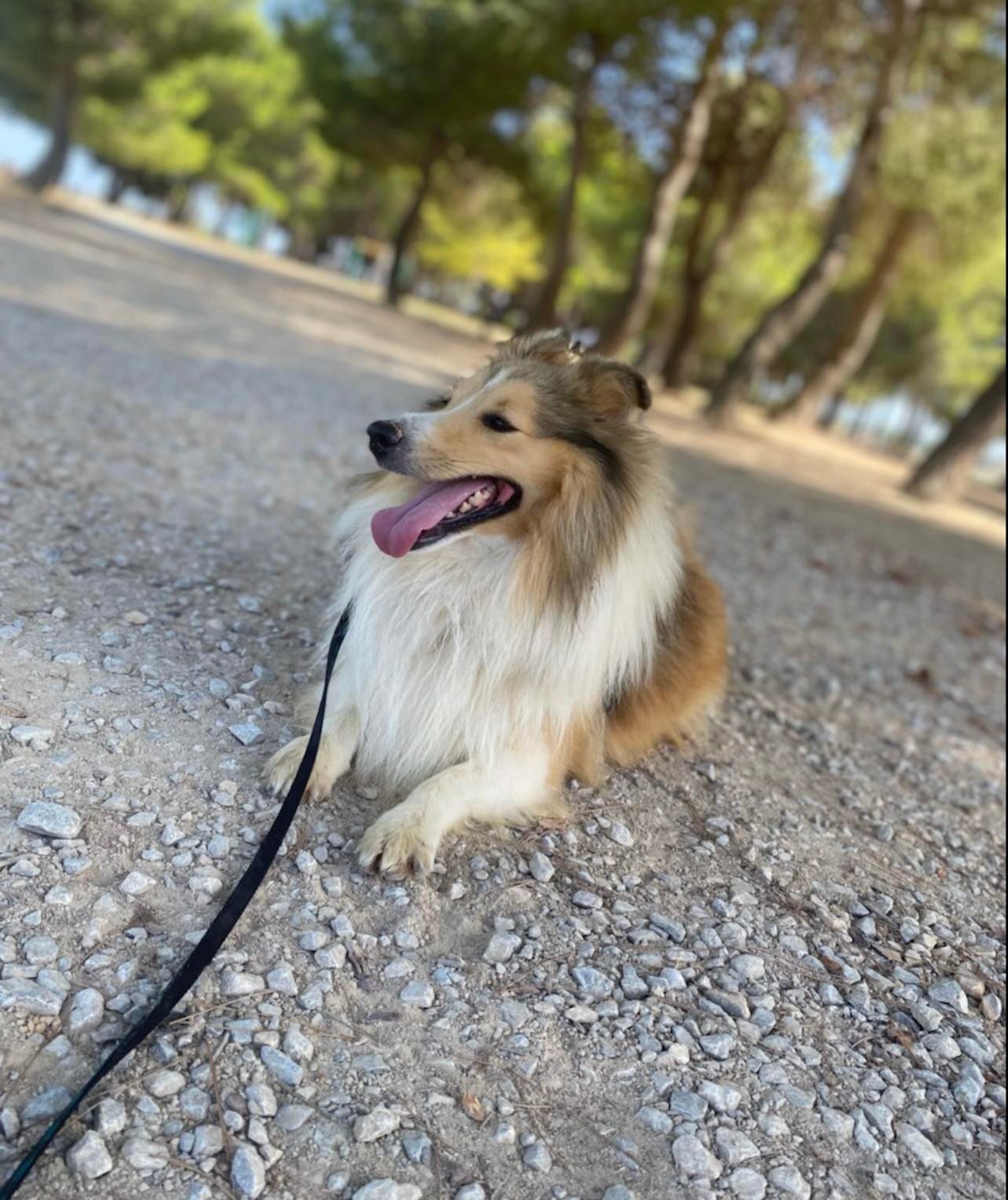 from multi-champion parents. All COT 1, CACS (1) / CSAU / CACIB / ChFCS.   It is a very intelligent, lively, curious, and full of life dog. He is also very protective with his little darling Ruby. 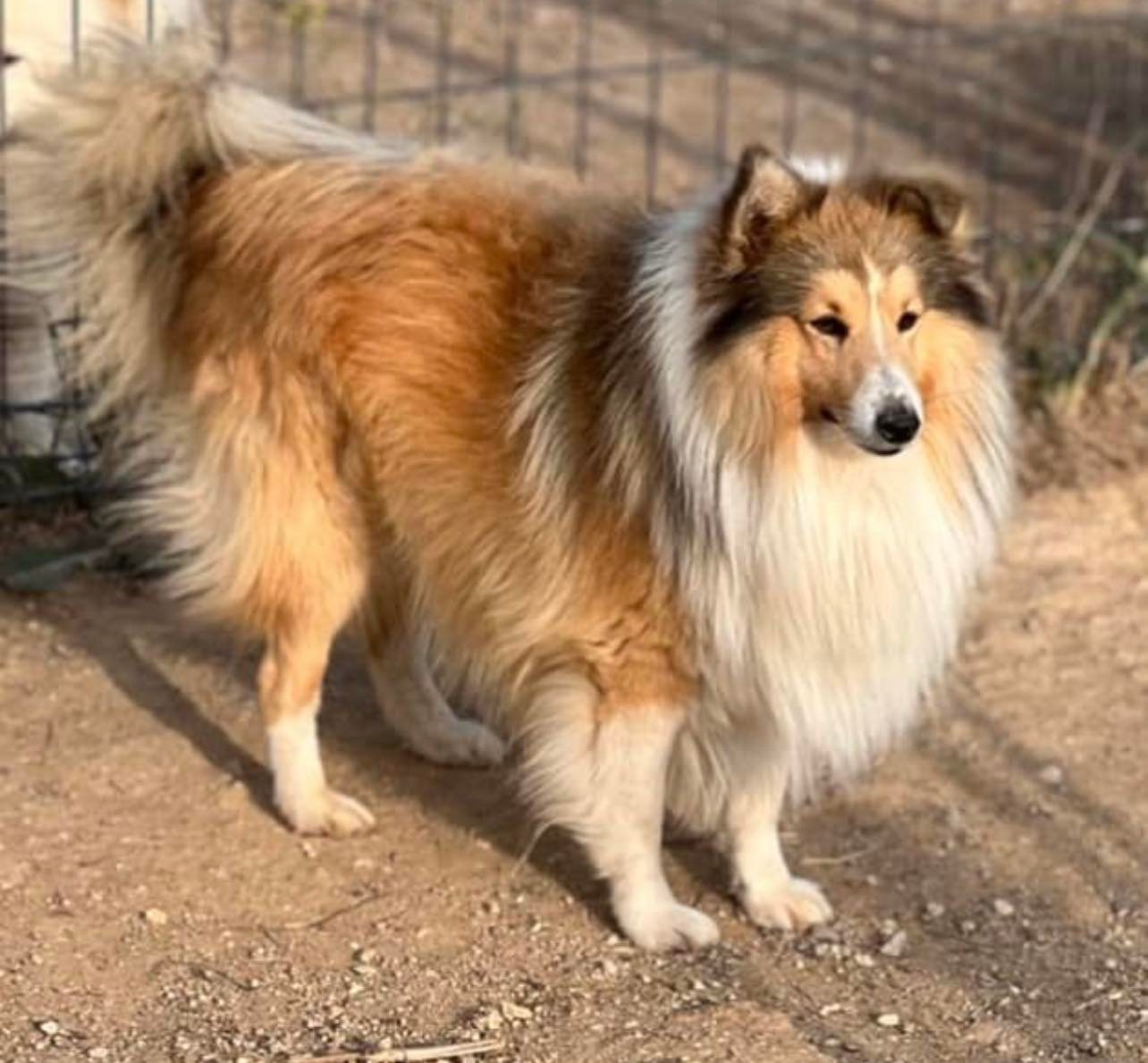 - See the pedigree of Pitchoune Book a protrusion