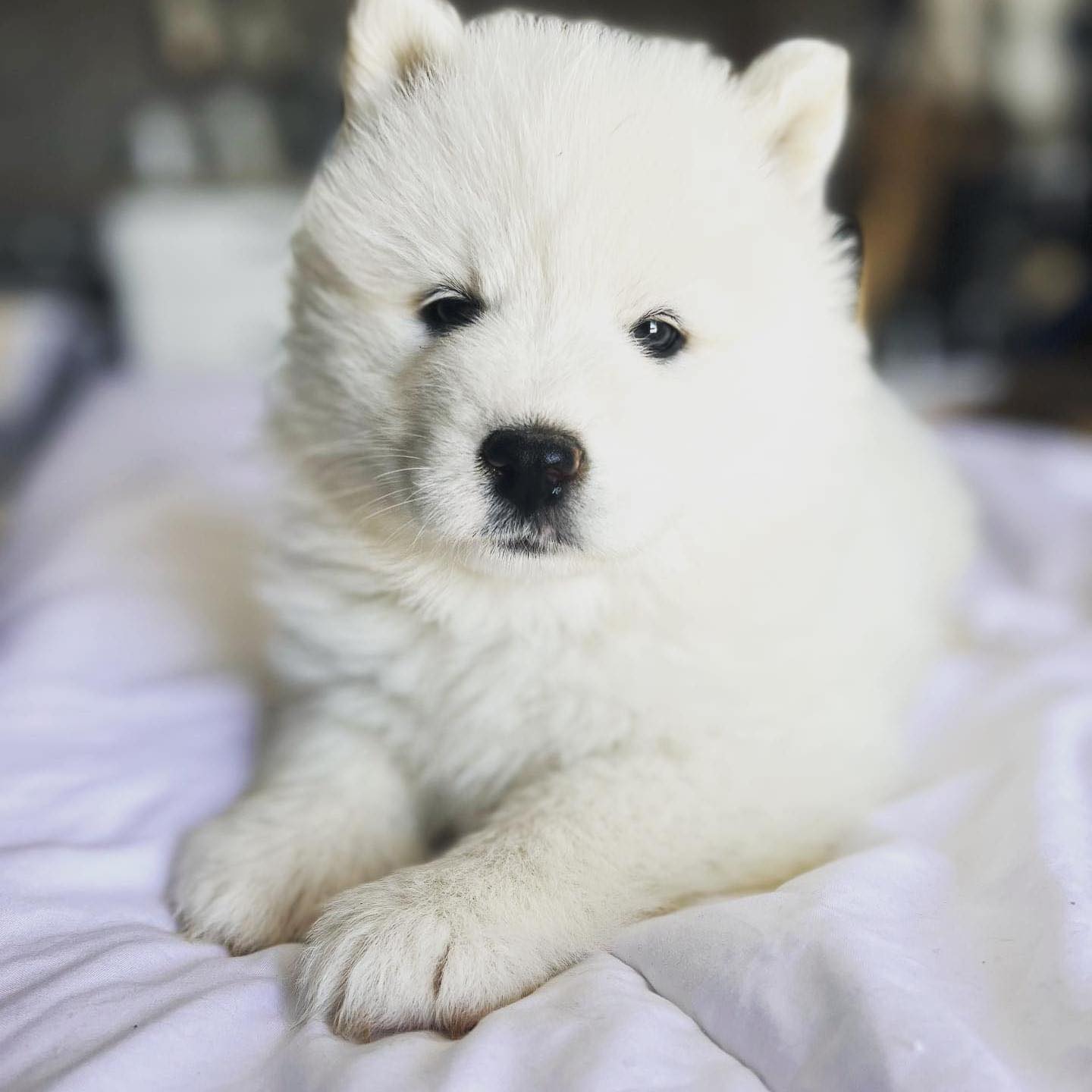 Samoyeds are dogs whose history invites us to travel. They are the faithful companions of the Nenets, a people of reindeer herders, formerly called "tribe of the Samoyeds". They live in northeastern European Russia and northwestern Siberia.

Their herds cross the icy expanses in search of food. Men and dogs follow them. In spring, they travel hundreds of miles north to reach the tundra. In the fall, they go down to the south where the forests are located to stock up on wood, and the camps to spend the winter during which the temperature can drop to -40 ° C. Nenets can own up to five dogs per family in which they occupy a privileged place.

This nomadic people has preserved these primitive dogs over the years. They have never been crossed with other breeds. Reindeer herders are particularly respectful towards animals. According to their shamanic beliefs, they have a soul just like the mountain and other elements of the landscape. Their dogs are in their image, very friendly and hospitable. 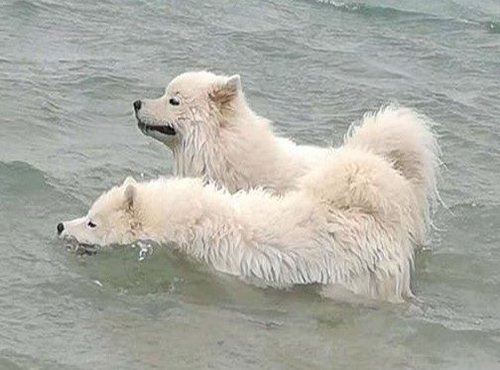 The Samoyeds are the guardians of the herds of reindeer and let themselves be harnessed to the sleds in the absence of the latter. They accompany the men on the hunt, run alongside their sleds. During meals, they form a second circle behind that of men and are fed with leftovers. The dogs are also the children's playmates and are invited in the Tchoum, a traditional tent, in 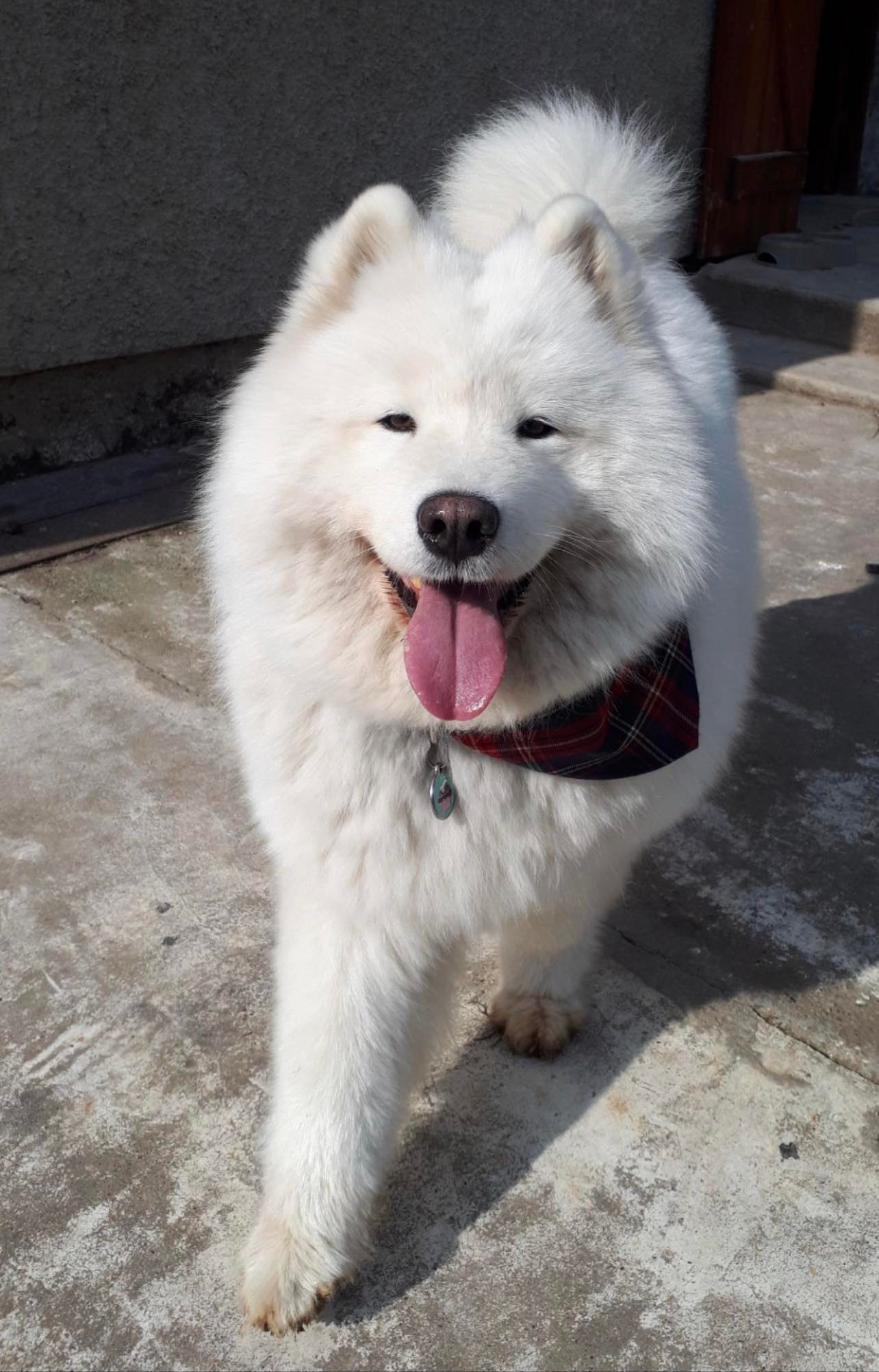 order to warm them up during the night. If children play outside, the Samoyeds watch them. Each child is instructed to grab a dog if it gets lost in the blizzard. The latter will warm him during the storm and drive him home. It was the zoologist Ernest Kilburn Scott who pioneered the breeding of our Western Samoyeds. He spent three months with the Samoyed tribes in 1889 and brought with him back to England a small black male puppy called "Sabarka". He then imported a cream-colored female called "Withey Pechora" and a pure white male called "Musti".

At the same time, European explorers were impressed by the robustness and endurance of the Samoyeds, and used them as sled dogs during their polar expeditions. Antartic Buck is one of the best known. He participated in two expeditions to the South Pole with his companion Trip and was later left at Sydney Zoo in Australia. He was taken in by the Kilburn Scott family and his wife, who were visiting the University of Sydney in 1909. The descendants of dogs from polar expeditions and those imported by Ernerst Kilburn Scott form the basis of Western breeding. 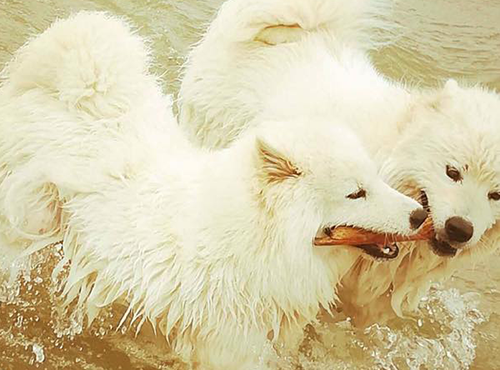 The Samoyed is a medium-sized Spitz-type dog. Elegant, dignified and assured, he is also distinguished by his strength and endurance. The Samoyed also gives the impression of smiling by the particular position of the corners of his lips and his eyes.

Male or female puppy: 1590€  tag. You will find availability, by clicking on the tab book then reach Samoyed, (online reservation, secure site). You have the opportunity to pre-book your puppy on the next litter by contacting me. (the Contact tab - Form or direct line). This pre-booking is made by paying a deposit of 30%. This one, will also give you the advantage of the first choice on the scope. Book a Samoyed puppy 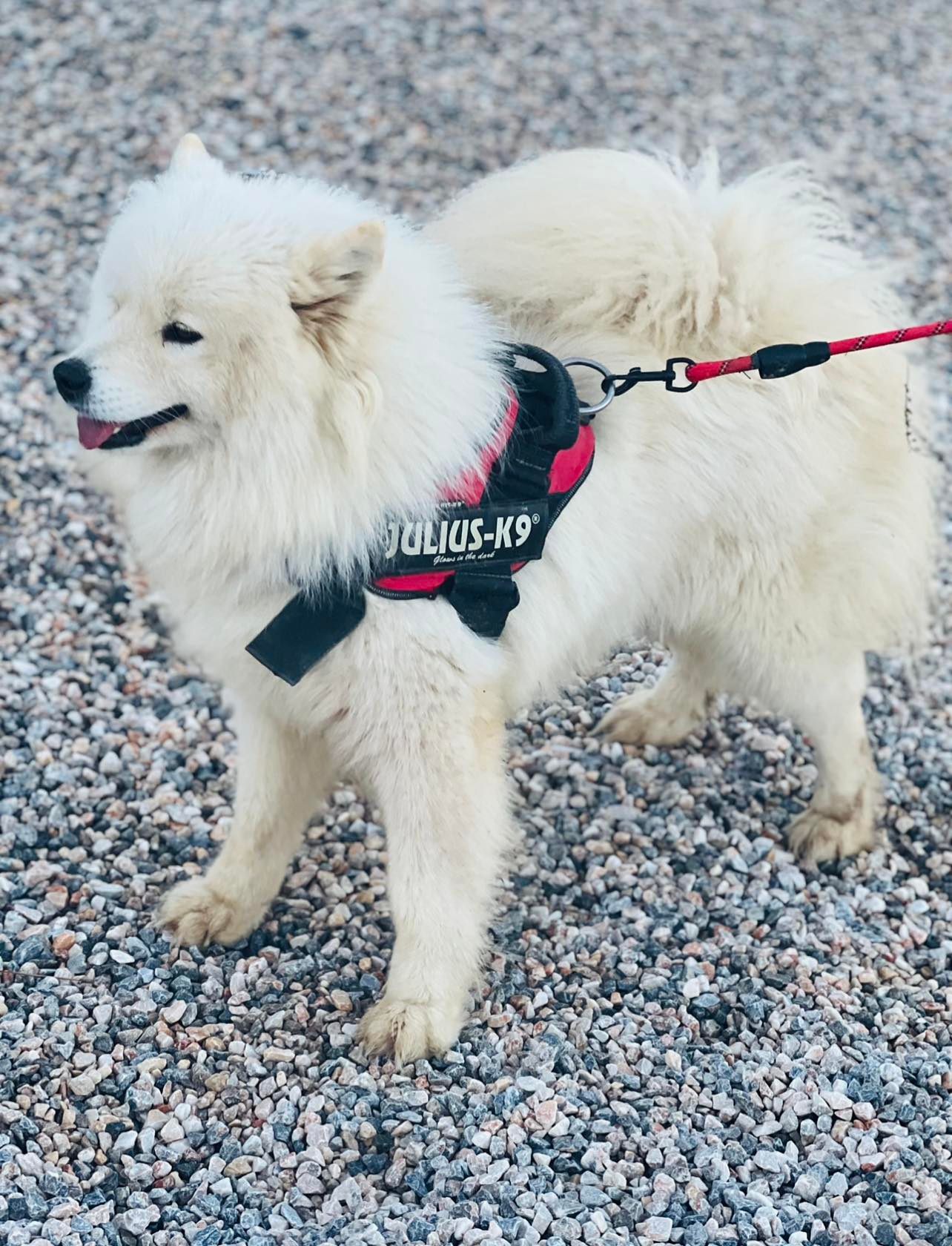 Ravy from Indy's nest estate , is at LOF 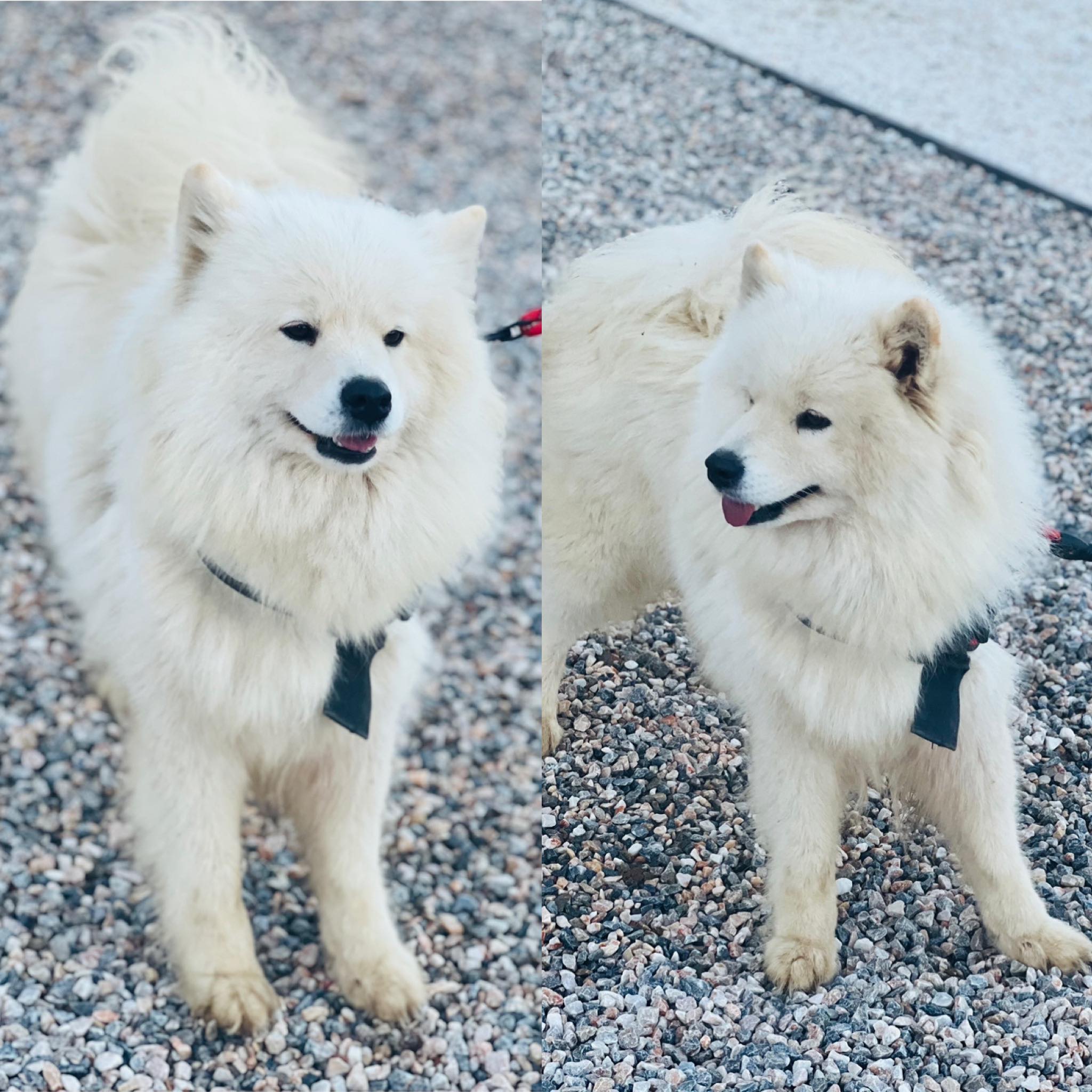 Ravy is an independent dog, who likes to own her territory. She is never against caresses, especially from the children she adores. Indeed, she is of a playful, joyful and jovial nature. Her bonhomie makes her an excellent pet dog. She will not be suspicious of a stranger. She prefers to play and have fun. She is very gentle and caring. 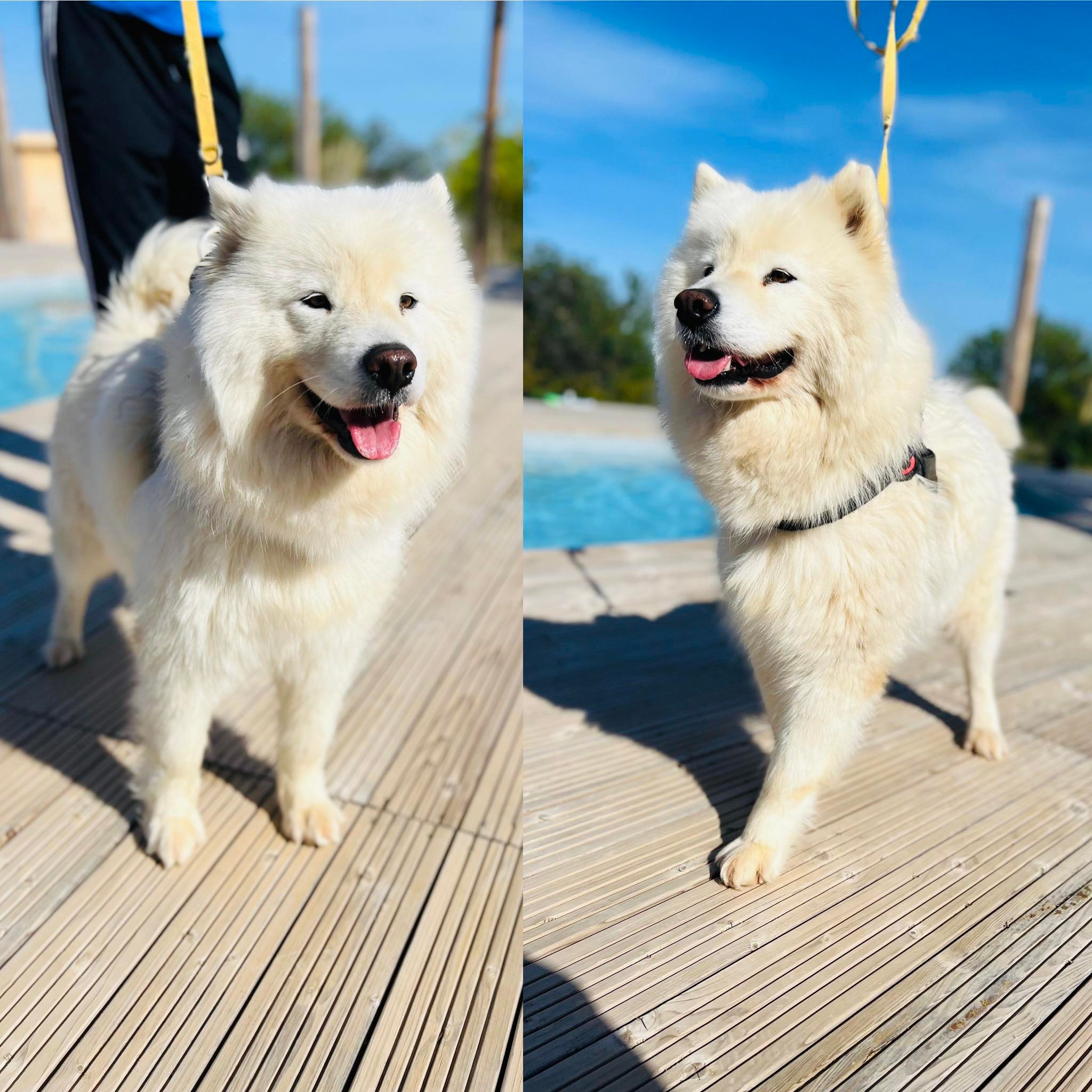 Masha is at the LOF and confirmed, from the dom groin of happiness of Iris, from 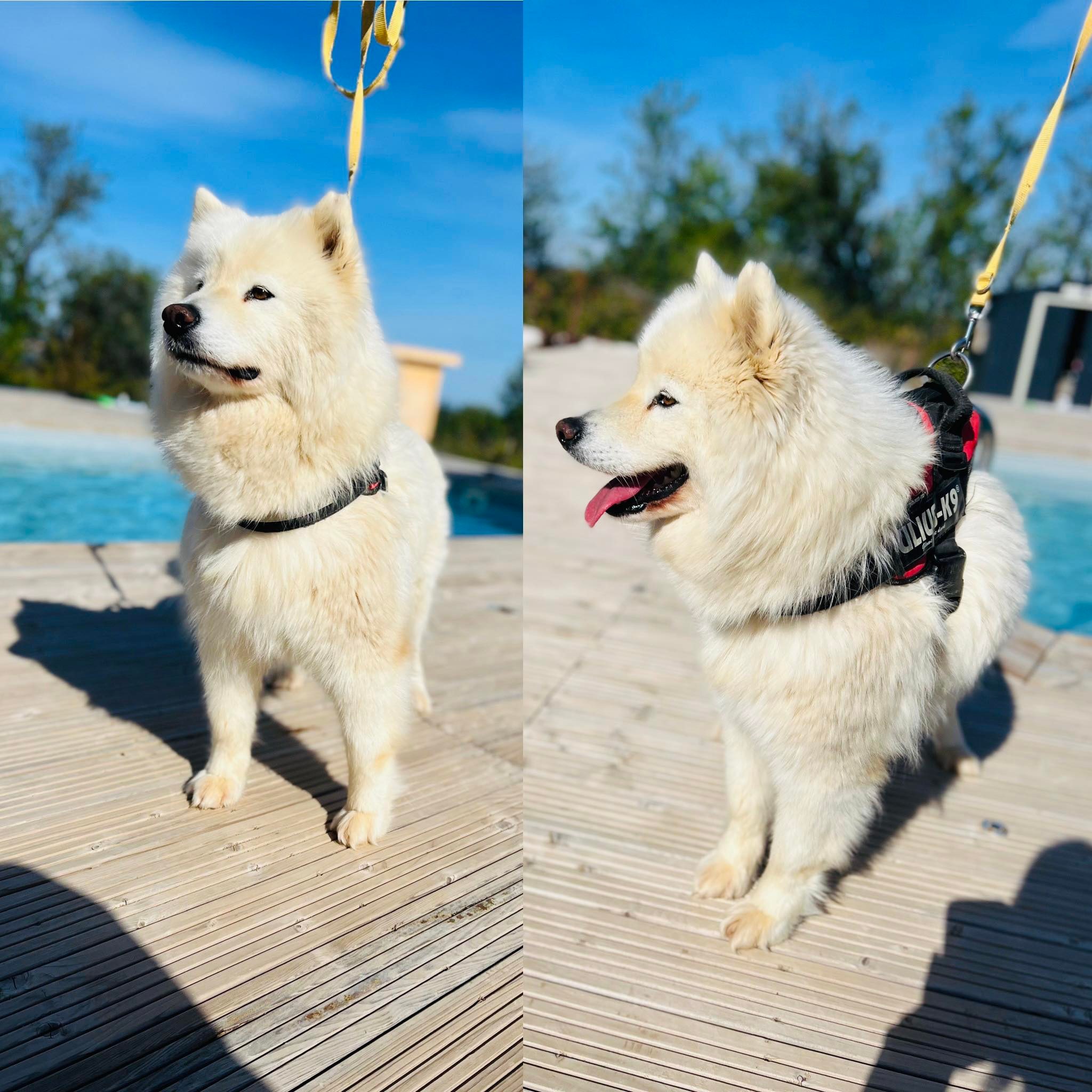 Masha is a lively, playful and loyal female, affectionate and very loving. 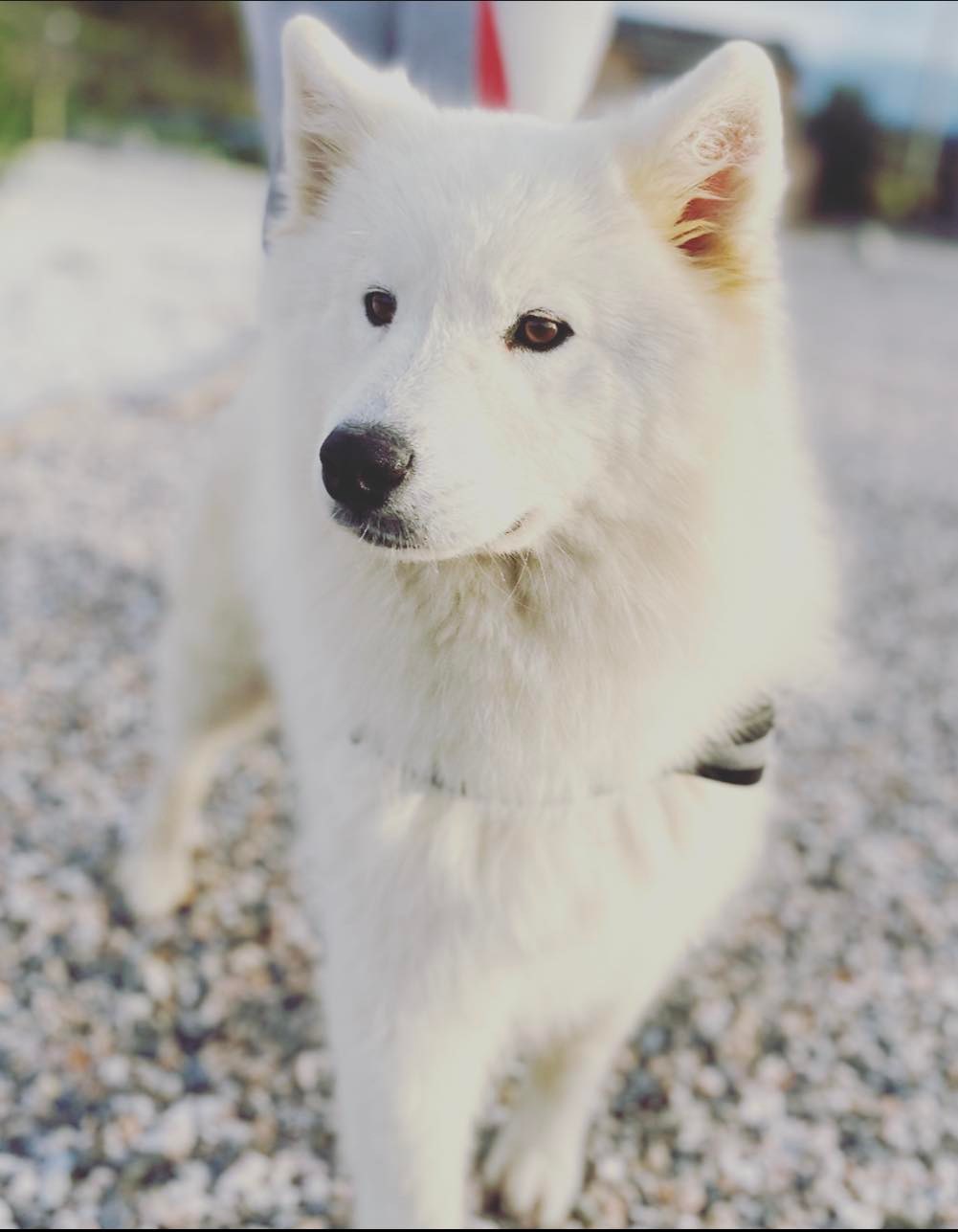 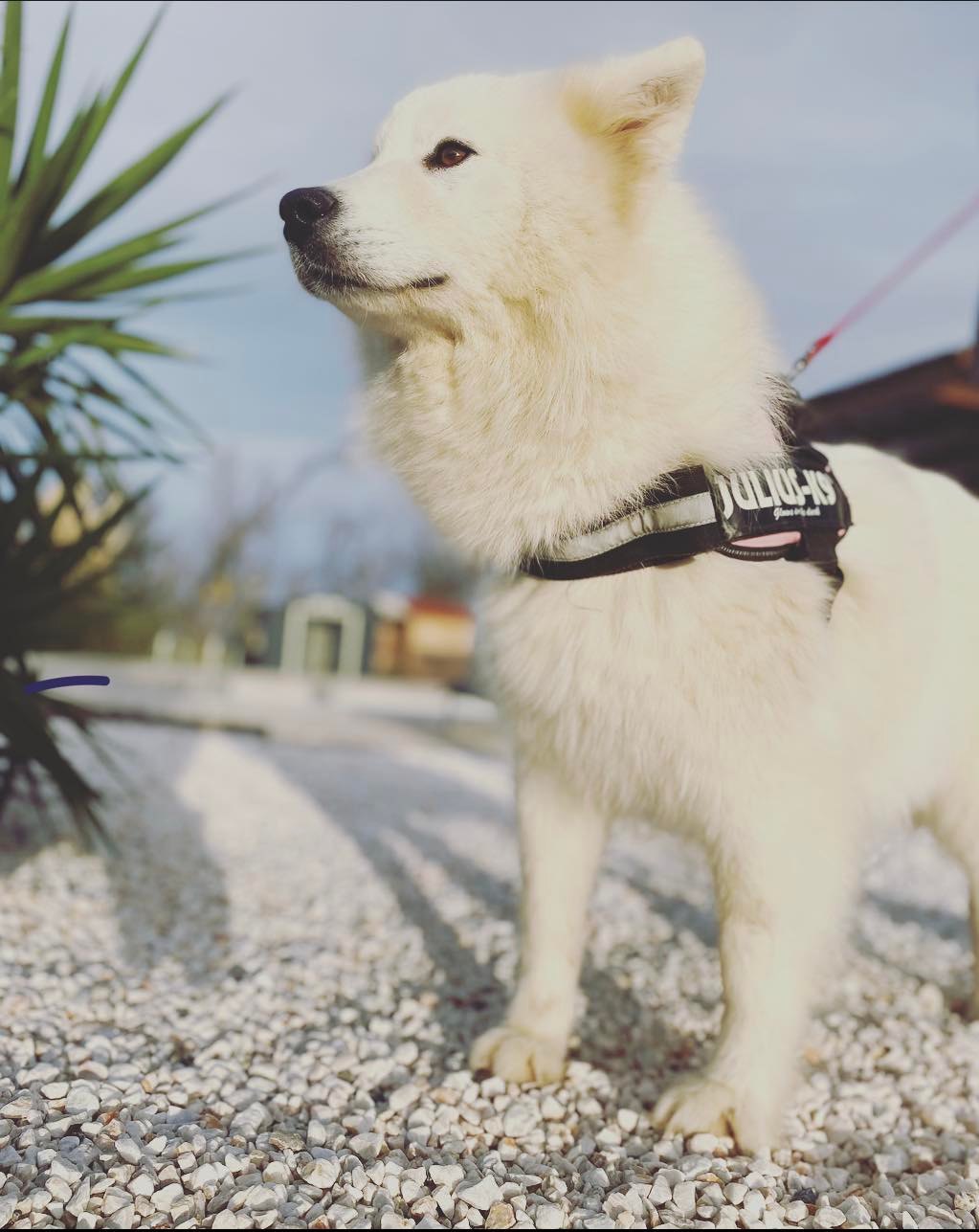 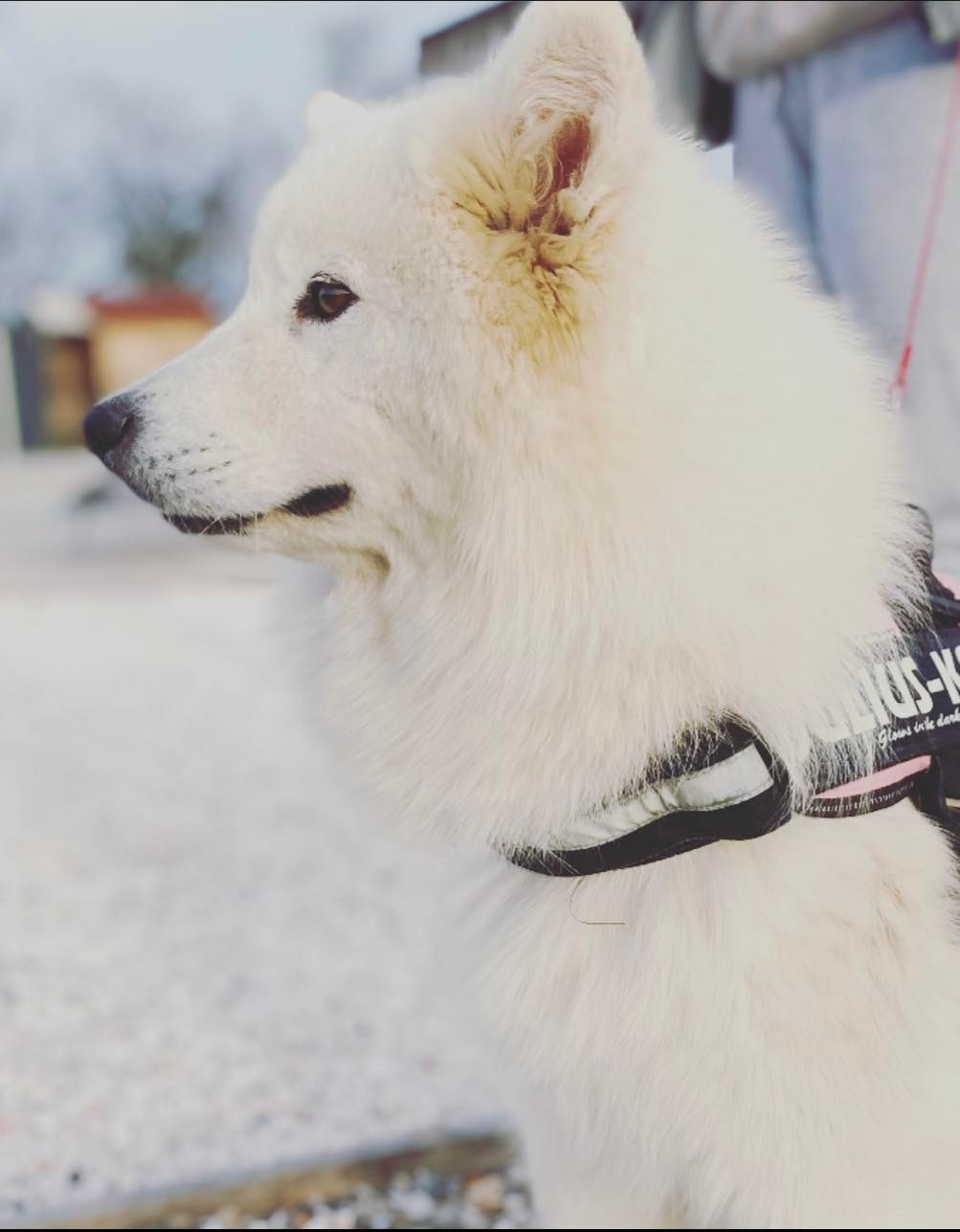 Raisa is full of elegance, with a strong character, she is determined and very energetic. Intelligent, lively while being gentle and faithful. Above all, we fall for the expression on her face that gives the impression that she is smiling all the time. 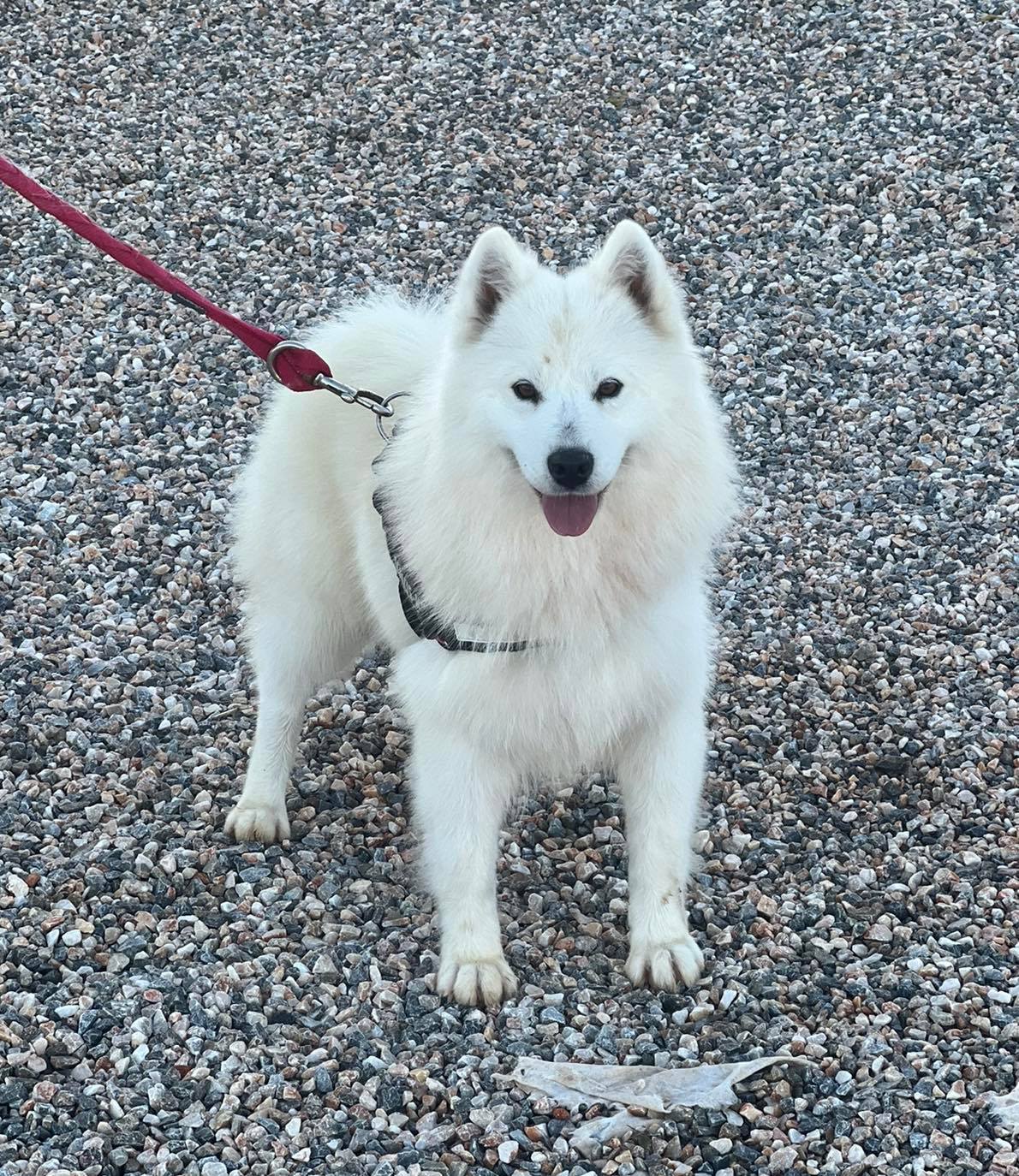 Rohana is at the LOF and confirmed, from the domain of the setting of paradise of Eawy, from parents 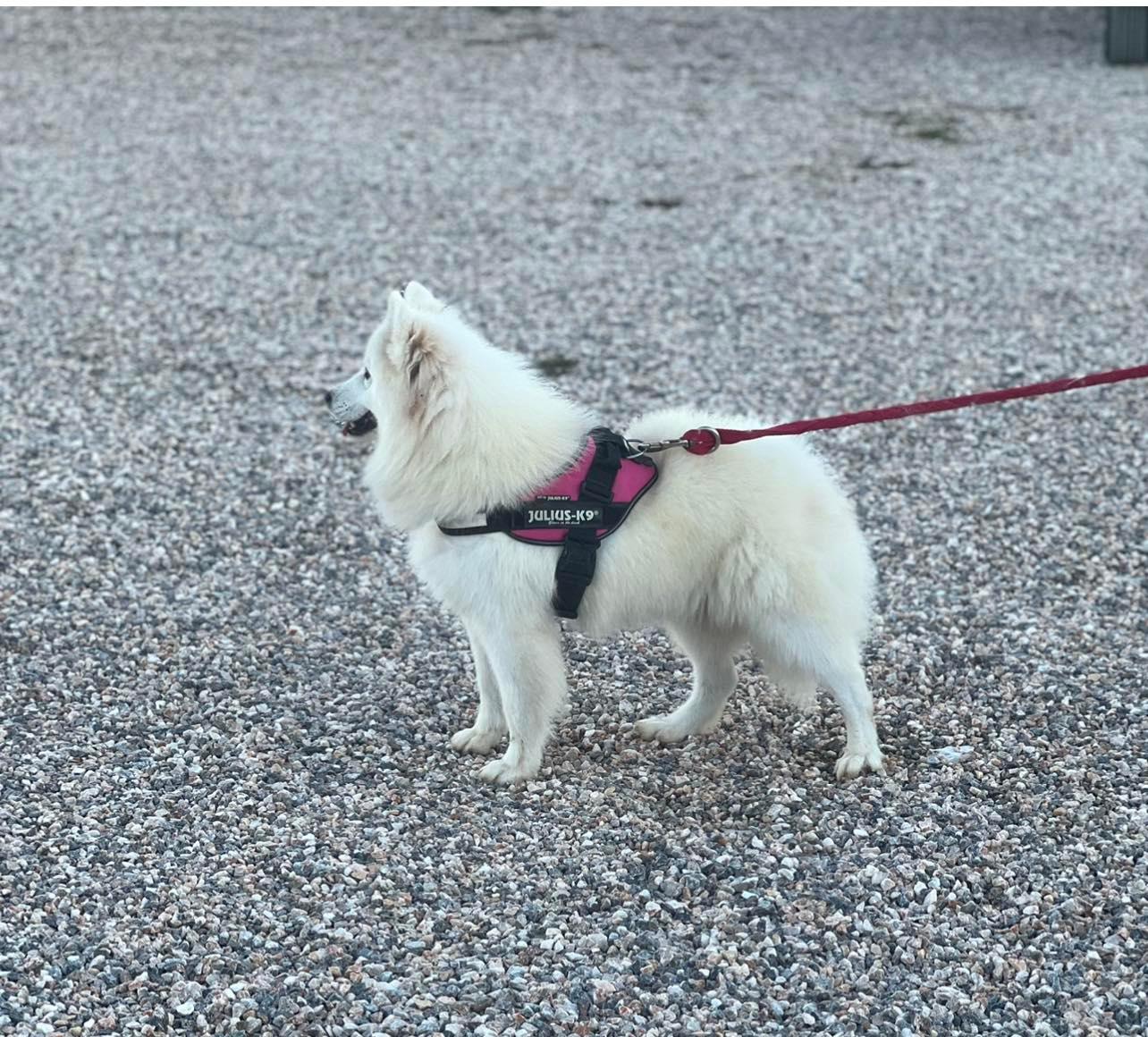 of a prestigious lineage (her mother Moonlight of the happiness of iris COT 1, his father Higloo COT 1 EXC, his grandparents were imported from Siberia (COT 1HB-A, RCACS (1), EXCRE).

Rohana is an intelligent, elegant, super cuddly and very loving female. His gentle character makes him seek the presence of children. 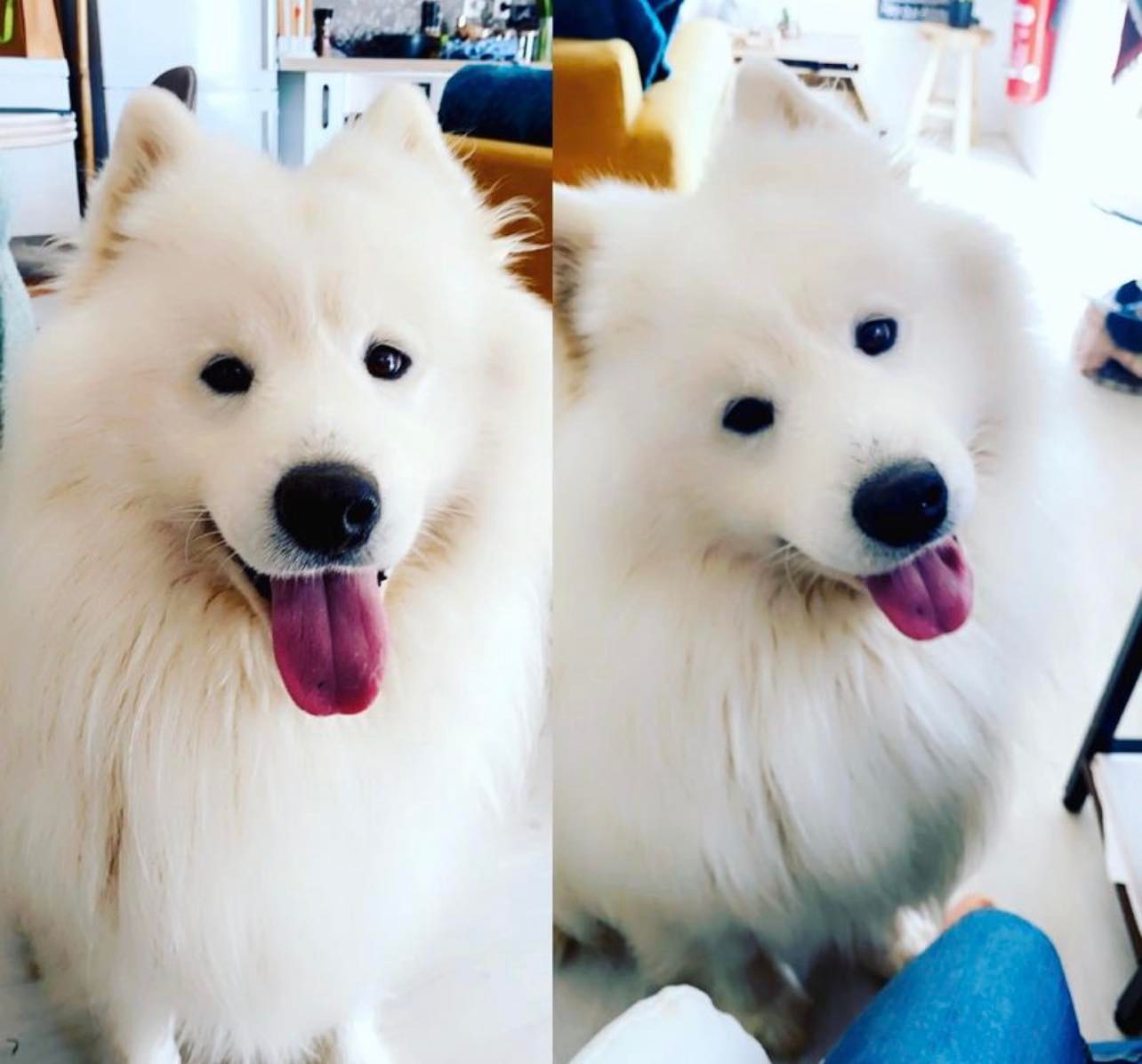 Orkan is in the Lof, from the most prestigious breeding of Sam 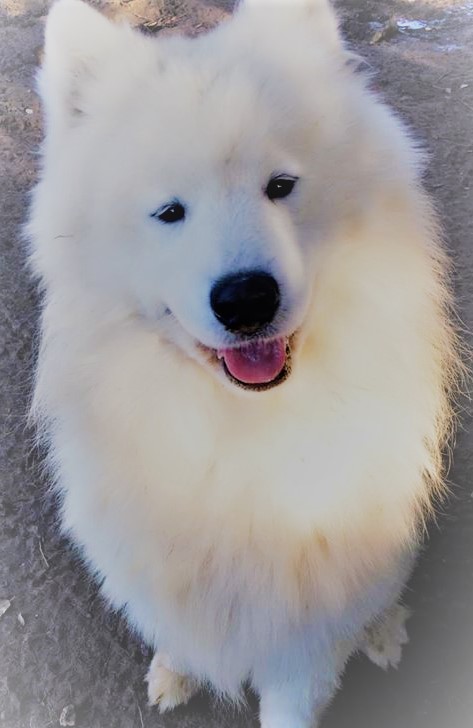 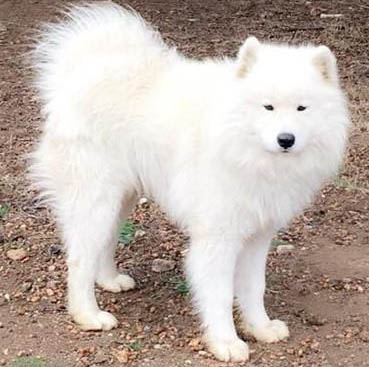 Orkan is of a very beautiful format, it is a tireless dog sporty and very energetic, athletic and powerful. All Orkan ascendants are COT 1.